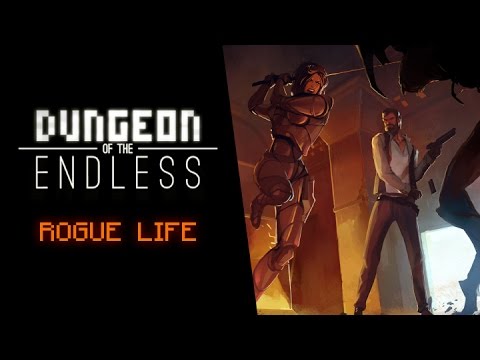 Award-winning indie developer Amplitude Studios will bring its popular dungeon-defense game Dungeon of the Endless to Xbox One on Wednesday, March 16. Coming with updated controls, an improved user interface, and the already critically-acclaimed single-player mode, the Xbox One version of Dungeon of the Endless also features a dynamic four-player cooperative multiplayer mode via Xbox Live.

“Being our first game on Xbox One, we have completely rebuilt it with a sensible, intuitive control scheme and an improved user interface, while keeping the tough addictive nature perfectly in tune with the PC original,” said Romain de Waubert de Genlis, creative director at Amplitude Studios. “We dare you to beat it on Easy mode.”

Released for the PC in October 2014, this Xbox One version of Dungeon of the Endless offers the same intense rogue-like, strategic dungeon-defense as the original while featuring an improved user interface and controls specially tailored for the console. Crash-landed on an alien planet, players must explore and manage a team of heroes, survive, and fight their way to the surface in a maze of retro-pixel-art styled randomly generated dungeons.

Dungeon of the Endless on Xbox OneFeatures:
•Rebuilt for the Xbox One, Dungeon of the Endless offers an improved interface and updated control scheme.
•Two-, three, and four-person Xbox Live cooperative multiplayer gameplay.
•A distinct rogue–like, do-or-die play-style that encourages teamwork and cooperation in multiplayer.
•Countless battle scenarios against a brutal horde of hideous monsters, each with their own tactics.
•Randomly created dungeons for a new gameplay experience each time you play.
•Technology and resource management abilities including the skillful handling of Dust, Food, Industry and Science to keep one’s team alive and prepared for battle.
•Endless replayability with unlockable ships that will renew your game experience.