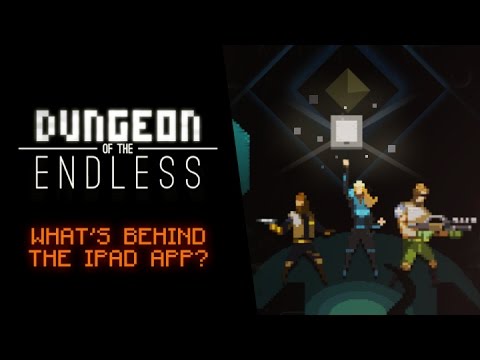 Award-winning indie developer Amplitude Studios announced today its rogue-like dungeon-defense game Dungeon of the Endless is available now on Apple® iPad®. Featuring a smart new interface with quick, one-touch controls, a well-balanced blend of do-or-die gameplay, dungeon-defense strategy, and RPG elements, Dungeon of the Endless has been custom-built for an on-the-go iPad experience, and is available on the App®Store for $4.99.

Watch the Dungeon of the Endless launch trailer HERE: www.youtube.com/watch?v=u4-VL3Nfsko

Originally distributed on Steam PC in October 2014, and nominated at the D.I.C.E. Awards for Strategy/Simulation Game of the Year and Outstanding Achievement in Game Design, DotE on iPad offers a unique rogue-like experience with a retro 2D look, colorful animations, and eye-catching lighting effects. Mobile iPad gamers will get all of the latest updates including “Deep-Freeze” and “Bookworm” for the full DotE experience. Players will have the chance to build and equip their own team, gather resources and construct defenses, all while exploring an infinite number of dungeons and fighting bizarre alien monsters, in an effort to reach the planet’s surface. The hybrid styles of rogue-like, tower-defense, and RPG elements are built around a strategic core giving DotE a gameplay experience like none other.
“We have worked really hard to capture the essence of the original PC game and bring it to the iPad in a way that reflects the game’s best qualities,” said Romain de Waubert de Genlis, Creative Director at Amplitude Studios. “The intuitive one-touch controls are perfectly adapted to the mobile experience, and the great tension of picking the right strategy before opening the next door is just as excruciating and exhilarating as ever.”

Dungeon of the Endless Features:
•Smooth iPad touch controls to fight your way out with the tip of your fingers.
•The iPad version includes the “Deep-Freeze” and “Bookworm” PC add-ons.
•A distinct rogue-like do-or-die play-style that encourages the player to look after all of his or her teammates.
•Countless battle scenarios against a brutal horde of hideous monsters.
•Randomly created dungeons for a new experience each time.
•Team creation, management, customization, and combat abilities.
•Technology and resource management abilities including the skillful handling of Dust, Food, Industry, and Science to keep one’s team alive and prepared for battle.
•Module creation to stave off enemy monsters.
•Many exploration paths on the planet of Auriga featuring Endless ruins that provide life-saving technologies.
•Multiple difficulty levels for average and hardcore game players.