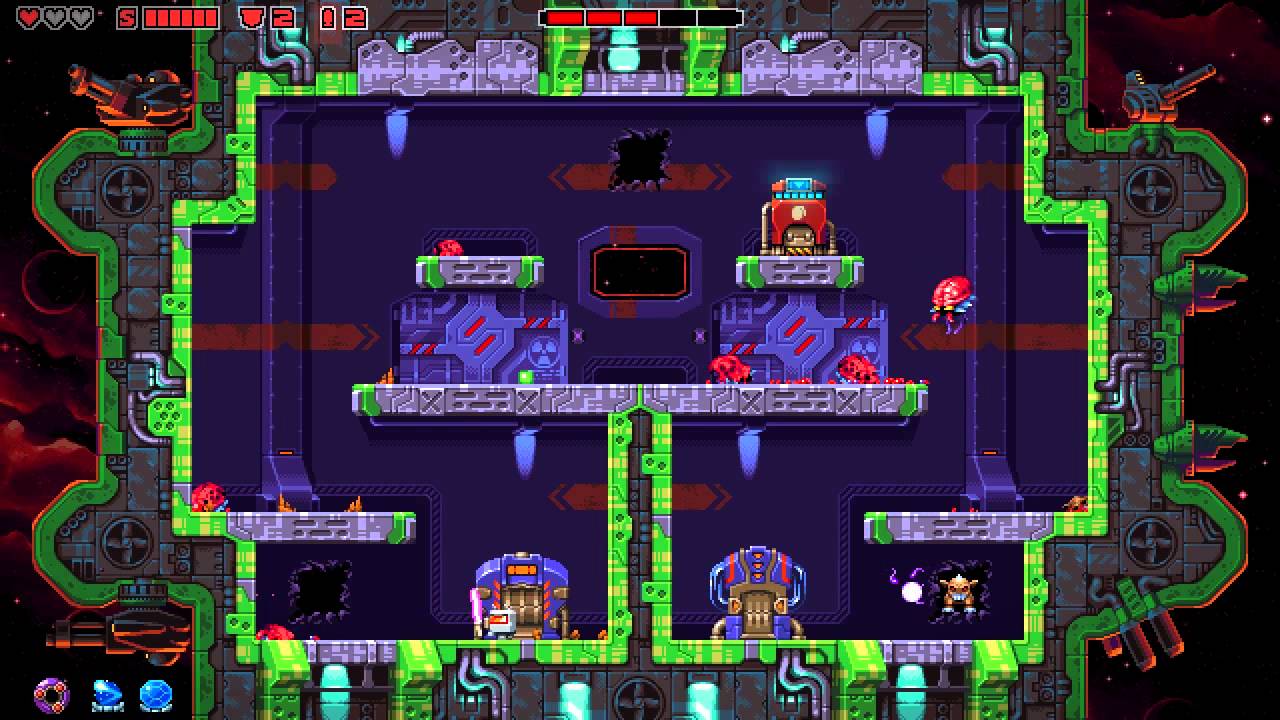 Details: Super Mutant Alien Assault, a brutal arcade platformer shooter from developer Cybernate and publisher Surprise Attack Games out now in Early Access for PC via Steam and the Humble Store. A full release of the game for PC and consoles is planned for 2016.

Taking inspiration from arcade classics and the seminal Super Crate Box by Vlambeer, Super Mutant Alien Assault is a dance with death across randomised single-screen levels. The pace is rapid and dodging is as important as shooting if you hope to survive. Played solo the game is frantic, but with local co-op, a second robot enters the fray and takes the action to a whole other level.

Fight through twelve brutal stages across three galaxies including three bosses to beat the game but only when you have unlocked and mastered countless weapons, explosives, sidearms, abilities and moves, as well as randomised level layouts, weapon machines, objectives and enemies, can you claim true victory.

In development for more than a year Cybernate and Surprise Attack Games are launching Super Mutant Alien Assault into Early Access to aid with balancing and refinement during the final stages of development. The Early Access release is a 90% done version of the game featuring all the core content and features. During Early Access the developers will add more levels, weapons, enemies, character skins and objectives whilst refining and tweaking the game based on player feedback and data. Completion of the game is not dependent on Early Access revenue.