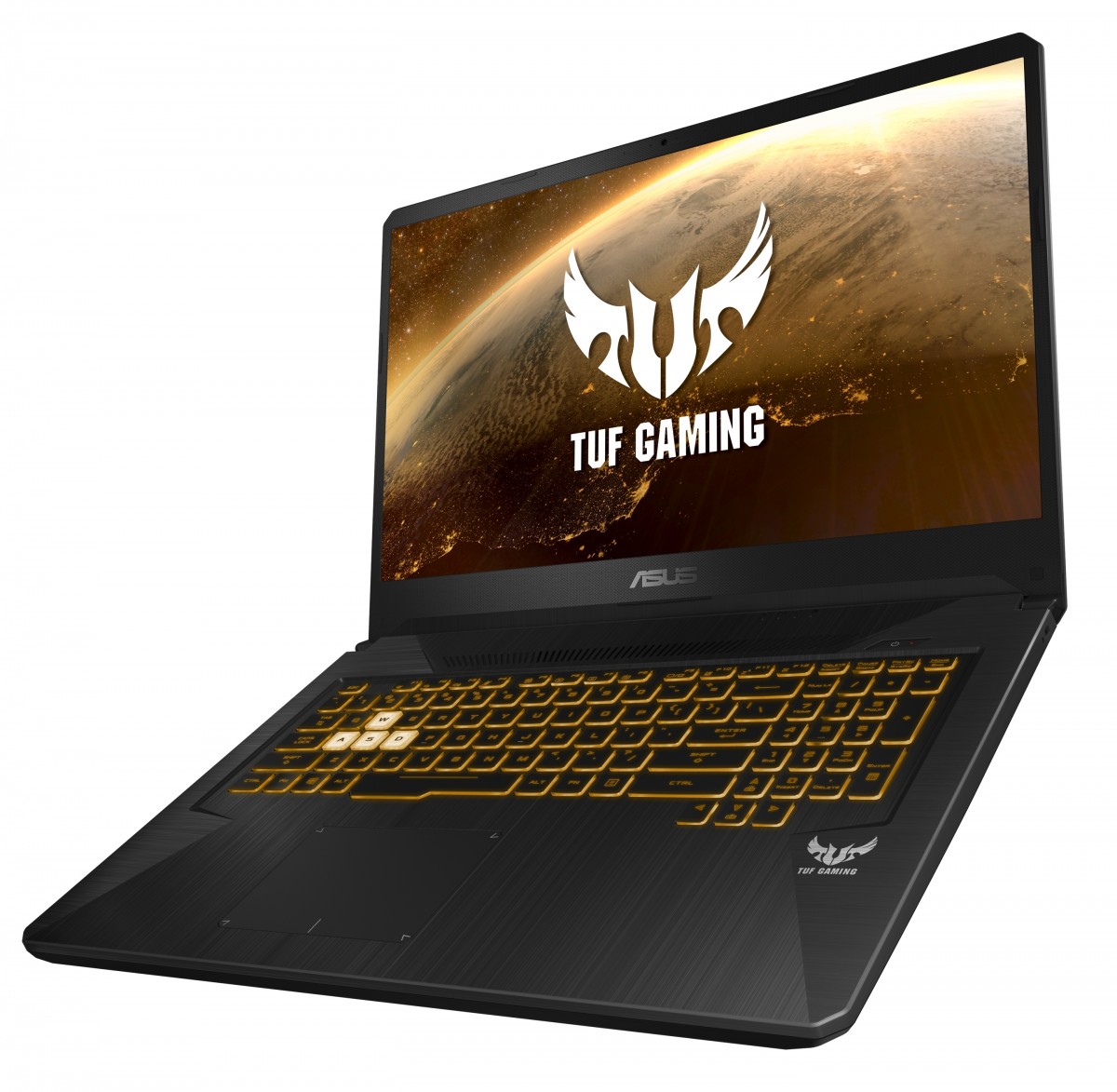 Taking Ryzen and FreeSync on the road

Vega-based integrated graphics allow the APU to power the laptop all on its own, which helps conserve power and extend battery life to over seven hours of 1080p video playback on FX705DY and nearly six hours on FX505DY. Discrete GPUs are where it’s at for proper gaming so when it’s time to play, AMD Switchable Graphics tech automatically activates the laptop’s discrete Radeon RX 560X. The GPU pumps out smooth frame rates in mainstays like Fortnite and Overwatch, as well as esports classics like League of Legends and Dota 2.

Displays on most affordable gaming laptops are stuck with a fixed refresh rate, but FX505DY and FX705DY use FreeSync variable refresh rate technology to match the display’s refresh rate with the GPU’s frame rate. Synchronizing these components eliminates visual tearing, cuts input lag, and reduces stuttering to heighten the overall gaming experience.

FX505DY packs a 15.6-inch FHD IPS-level display, while FX705DY features a 17.3-inch panel. Both feature the narrow-bezel NanoEdge design, and have wide viewing angles to keep the colors vivid even when viewing the display off-center. Although both offer panels that operate within a FreeSync range of 40-60Hz, only FX505DY has a high-refresh option that goes from 48-120Hz to offer smoother performance at higher frame rates. The 60Hz panel is great for gamers who play more graphically demanding titles where sky-high frame rates aren’t realistic for this class of system. The 120Hz alternative is recommended for fast-paced shooters like CS:GO and Overwatch.

Keeping it cool and strong

When the action heats up, TUF Gaming laptops stay cool, thanks to a specially-designed thermal solution keeps internal temperatures in check and maintains consistent performance over time.

HyperCool technology keeps the CPU and GPU cool with independent fans for each chip. As the fans spin, special anti-dust tunnels on the edges of the housing catch and direct particles out of the laptop to prevent them from clogging up the cooling. This prevents dirt from building up on the heatsinks and exhaust grills, which can impede cooling enough to affect not only performance, but also long-term reliability and stability.

Regardless of the color and material, FX505DY and FX705DY meet military-grade MIL-STD-810G standards for toughness. Strenuous testing ensures they can withstand extreme environments, ambient vibration, and accidental knocks. Both models shrug off short drops to a desk, and FX505DY is certified to survive higher falls. The hexagonal design on the bottom of the laptops adds structural rigidity and deserves some of the credit for their toughness.

Kitted out for combat

Gaming is harder on a laptop’s keys than regular typing, and the keyboards on FX505DY and FX705DY are worthy of the TUF Gaming name. The HyperStrike deck brings a desktop-inspired layout with separated blocks of function keys for easier recognition and a full numeric keypad for faster number crunching even on the 15-inch model. In addition, there’s a wider space bar, offset arrow keys, curved key caps, and highlighted WASD keys.

The keyboard is backlit as well, with Red Matter versions of FX505DY and FX705DY providing a red glow that mirrors their trim, while Gold Steel models feature customizable RGB lighting. The RGB colors and effects can be tweaked with the Armoury Crate utility, which unifies vital functions like lighting control, system monitoring, and configurable game profiles that automatically load preferred system settings.

Plugged in and ready to play

TUF Gaming FX505DY and FX705DY feature Wi-Fi 5 (802.11ac) as well as onboard Ethernet for lower latency for serious multiplayer matches, and three USB ports to connect to external storage without unplugging a gaming mouse and gamepad. Both models deepen gaming immersion with DTS Headphone:X® technology that brings 7.1-channel virtual surround sound to stereo headsets or speakers. Gamers can choose between built-in presets for games, movies, and sports or do hands-on tuning with the embedded equalizer.

FX505DY and FX705DY can be hooked up to a monitor or TV via HDMI 2.0. FreeSync works over HDMI with compatible displays, extending smoother gaming to even bigger screens.

TUF where it counts

TUF Gaming FX505DY and FX705DY laptops mix a cocktail of AMD components and technologies to elevate the gaming experience. Combining a Ryzen APU with discrete Radeon graphics and a FreeSync display checks all the right boxes for gamers looking to make the most of their budget.

The TUF Gaming FX505DY and TUF Gaming FX705DY will begin selling in Q1 2019. Configurations, availability, and pricing will vary by region.