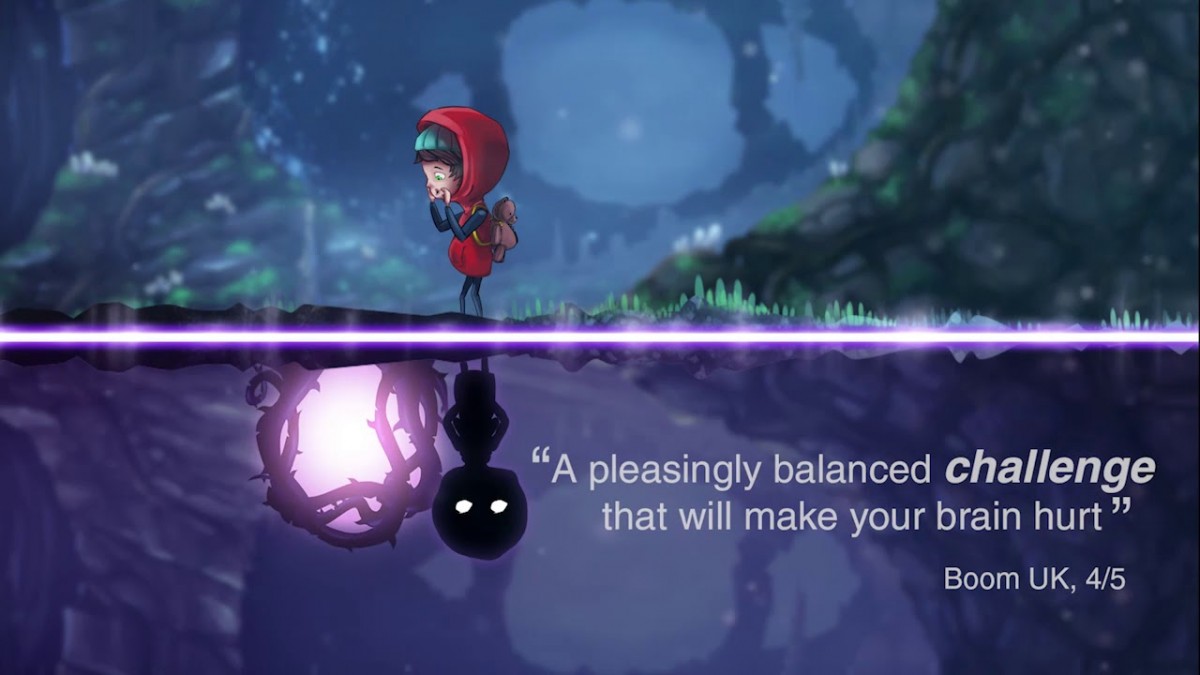 Marker announced that Samsara Deluxe is available from the Nintendo eShop. Players will embark on a voyage of discovery and awakening with Zee and a mysterious shadow – through light and dark, across the upside-down and the right side-up to their eventual freedom.

Samsara won the award “That Game like Clockwork” at Play By Play Awards 2018, as well as a further three nominations for excellence. Samsara was also a finalist at MomoCon 2018 and Unite Melbourne 2017.

Samsara Deluxe is a beautiful, reflective puzzle game set in a world of echoes where players guide a child safely to the exit by dropping blocks of different shapes and properties into a world of two dimensions split by a pool. Simple mechanics conceal complex interactions involving gravity, balance, redirection and teleportation, with a twist: everything added in the upside down world below reflects in the world above.

Samsara Deluxe for Switch features over 100 levels across 7 hand-detailed realms, each with hidden “Easter Eggs” to uncover, and is hand-crafted by a team of experienced developers in New Zealand.