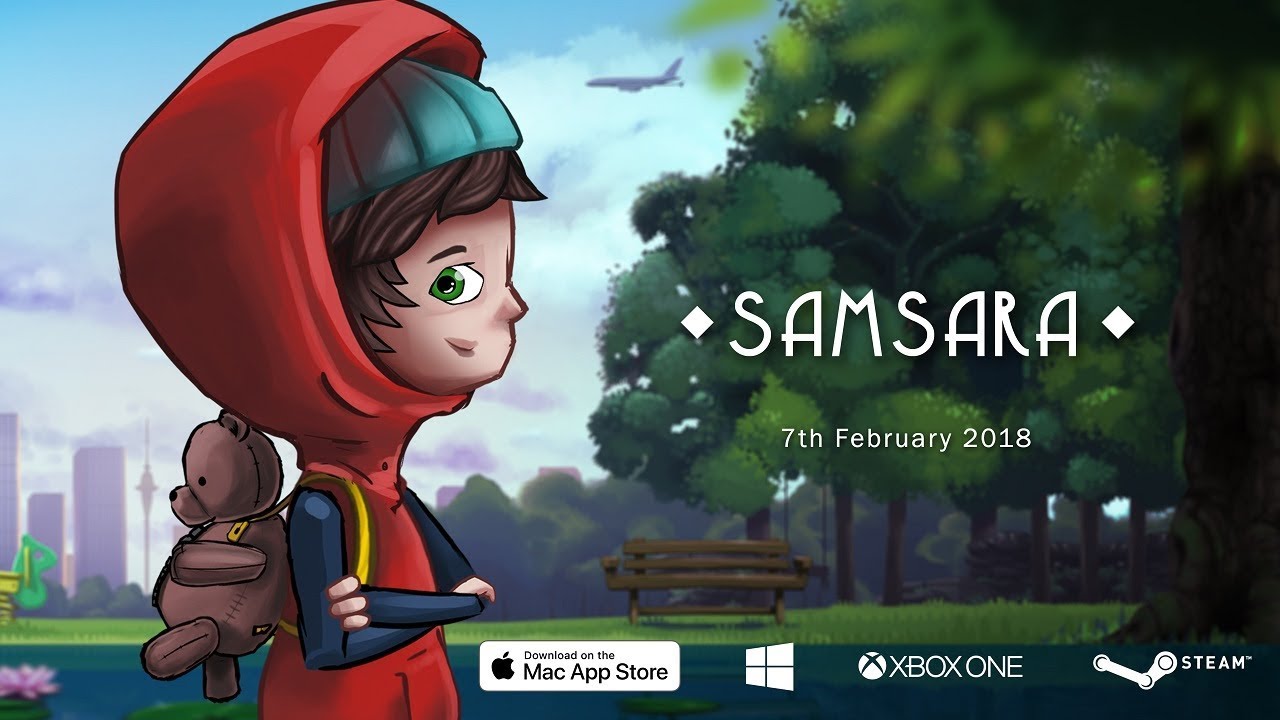 Samsara is released for Xbox One and Windows 10 through the Microsoft Store, for MacOS on the App Store and for either PC or Mac via Steam. Mobile versions for iOS and Android will follow at a later date.

Samsara is a reflective puzzle game in which players guide an innocent child Zee safely to the exit by dropping blocks with different shapes and properties into a world of two dimensions separated by a pool that mirrors placements. Deceptively simple mechanics conceal complex interactions involving positioning, pathfinding, gravity, balance, redirection and teleportation, with Samsara’s significant twist: everything added in the upside down world of Zee’s mysterious shadow below reflects in the world above.

While playing in the park, Zee follows a squirrel through a portal to a world of echoes, inhabited by a shadow child. Surrounded by the unknown and trapped in a series of realms both confusing and dangerous, the youngsters must avoid slipping into the pool between dimensions, embarking on a voyage of discovery and awakening they share with the player, up and down staircases, through light and dark, across the upside-down and the right side-up to their eventual freedom.

‘We’re over the moon to ship a game which has been such a labor of love for us all,’ says Alex Humphries, Senior Producer. ‘We’re pleased with the way it’s shaped up on every platform and hope players have as much fun solving the puzzles as we had creating them.’

Samsara features 77 levels across 6 hand-detailed realms, each with hidden “Easter Eggs” to uncover, and is hand-crafted by a team of experienced developers in New Zealand.