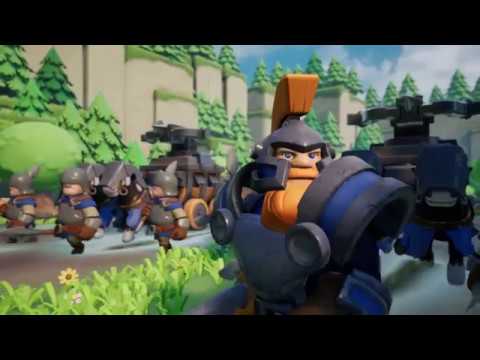 Caravan War is launching on the App Store and Google Play! A mix of simulation, base building and tower defense gameplay, the game pits opposing caravans in no-holds-barred skirmishes for economic supremacy with charming visuals, polished gameplay, and PvE and PvP battles.

Known for the state-of-the-art mobile shooter FZ9: Timeshift, Hiker Games was the first Vietnamese studio to ship a PC title (7554, set during the French Indochina War) and to release a game on both Xbox One and PlayStation 4 (Toy Odyssey). The studio’s iterative production methods and exceedingly high-quality standards are the key drivers behind Hiker Games’ ultimate goal: to become a “top 200” developer of games that are as popular as they are polished.

The Road to Riches
Caravan War takes the inherent challenge from the historical Silk Road trading route and turns it into a beautifully illustrated multiplayer tower defense game. Blending strategy and pre-battle planning, you are tasked with managing a commercial empire with immense resources – including a well-equipped caravan perfect for acquiring goods and gold. Assemble a squad with carefully chosen towers and units (some of them sporting special abilities), and then venture into the world by undertaking campaigns and ambushes. But watch out: You can also be raided by others who will have no qualms about seizing your merchandise! You’ll need to excel at the art of war – er, “trading” –  if you want to keep up with the competition.

The game takes everything that Hiker Games has learned in more than 10 years of making games to deliver a strategy experience unlike any other. Fortune favors the bold, so let’s get this caravan on the road!

Pricing & Availability
Caravan War is now available on the App Store and Google Play. The game is free and includes in-app purchases.