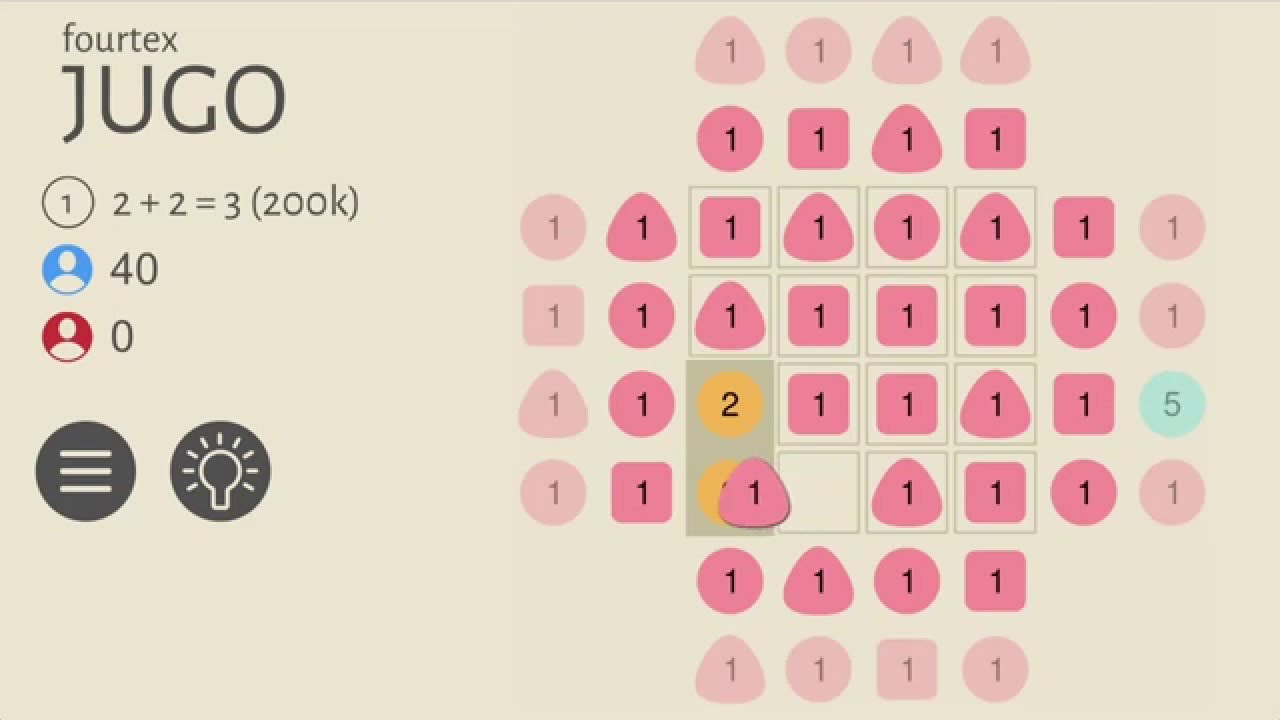 Fourtex Jugo is a strategy-based single-player puzzler with two players, because Jugo is always there, watching and waiting for your mistake.

Jugo can be played in various ways.  It can be played as a casual game offering some level of challenge or as a serious puzzle/strategy game, that can be exceptionally challenging.  Pieces in Jugo are called particles, and the game is played by combining particles using simple rules to achieve a certain goal.  Certain particles can combine to create a “void” which is where Jugo has a chance to play with you (or more likely against you).

Each campaign level is hand crafted by humans.  Each designed level is unique and has a leaderboard for allowing the humans to compete against each other. Jugo himself also has a leaderboard. Don’t think of it as a hall of shame, even though that is what it is…or is it? All shared leaderboards include the complete level recording for all to witness. In addition, there are some randomized levels that change once a day for an added challenge.  In Jugo, each level has a design score which may be relatively easy to beat, or not. Some are quite difficult. Can you beat them all? Can you play a perfect game, when Jugo is always ready to capitalize on any opportunity to ruin your perfect game?

Fourtex Jugo is available for Windows, macOS, and Linux desktops.