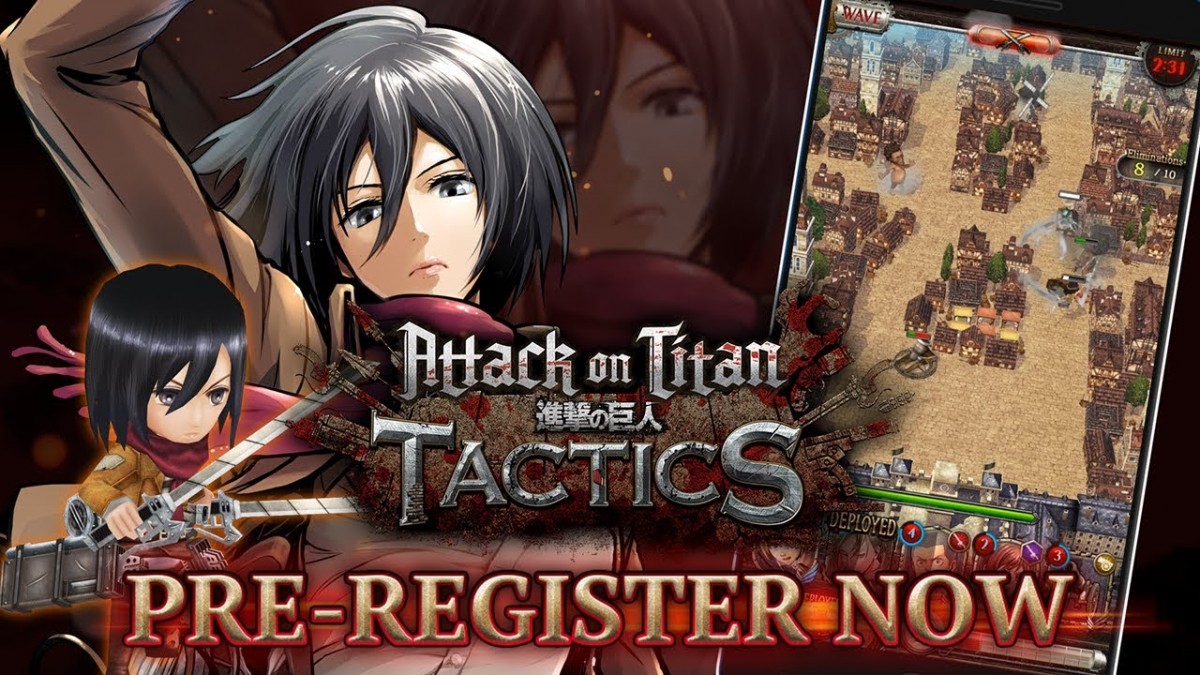 DeNA Co., Ltd. announced pre-registration for Attack on Titan TACTICS, an officially licensed mobile game based on the popular anime series Attack on Titan. Beginning today, fans in the US, Canada, and Australia can pre-register for the game on Google Play. The game will also release on compatible iOS devices early this fall.

Attack on Titan TACTICS is a tower defense and real-time strategy game where players build and deploy an elite team of Scouts to defend their base from a relentless onslaught of Titans. The game features fan-favorite characters like Eren Jaeger, Mikasa Ackermann, Captain Levi, and more, and follows the story from the first season of the Attack on Titan anime.

Additional features that players will be able to enjoy once the game launches are:

Players who pre-register for Attack on Titan TACTICS on Google Play will receive a notification when it launches early this fall. The game will also launch on compatible iOS devices.