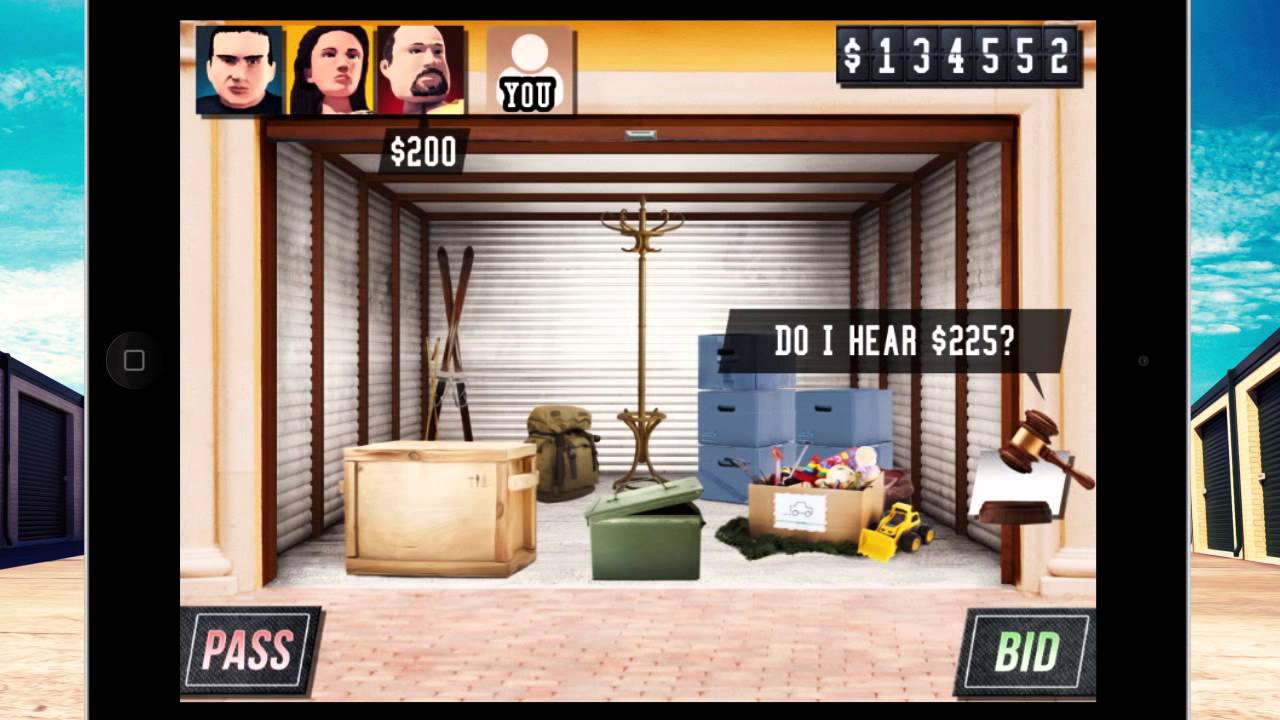 Summary
Inspired by the popular reality TV shows, Auction Wars: Storage King on iOS puts you in the shoes of a professional auction buyer. Given its no.1 position in many charts around the world, this update provides even more content and brand new features that players can enjoy.

Body
GameDigits Ltd., a leading developer of digital mobile and tablet video games, is proud to announce that version 1.1 of its chart topping 5 star game, Auction Wars: Storage King, is now available on the App Store for iPhone, iPad and iPod Touch.

You can see the trailer video here – http://www.youtube.com/watch?v=r7Ts57zYmno

Players take on the role of a professional auction buyer, visiting storage auctions with the aim of finding hidden treasure and making big money! They must pit their wits against in-game opponents, who have their own personalities and bidding characteristics. If players hold their nerve and bid the right amount, they could walk away with a big profit. But beware, that mysterious looking chest could hold either a valuable rare object or some old junk!

To bid or not to bid – that is the question!

While players progress, they unlock bigger and better auctions, with higher quality items coming up for grabs. As players succeed, they are invited to enter mysterious ‘invite only’ auctions to collect rare and precious items! Not only are players aiming to make the biggest profit, they are trying to hunt down and collect every item the game has to offer.

Lindsey Greenwood from GameDigits Ltd. commented “We’ve had a fantastic response to the game so far, with it topping the charts in many countries and receiving a large number of five star ratings. We’ve also had a wonderful response from fans of the game, and we’re sticking to our commitment of updating the game regularly with brand new items and features. It is clearly the number one auction game on iOS and we intend to keep it that way!”

The app also offers full support for Game Center, with players able to unlock a number of achievements, competing against friends and strangers alike on the leaderboards.