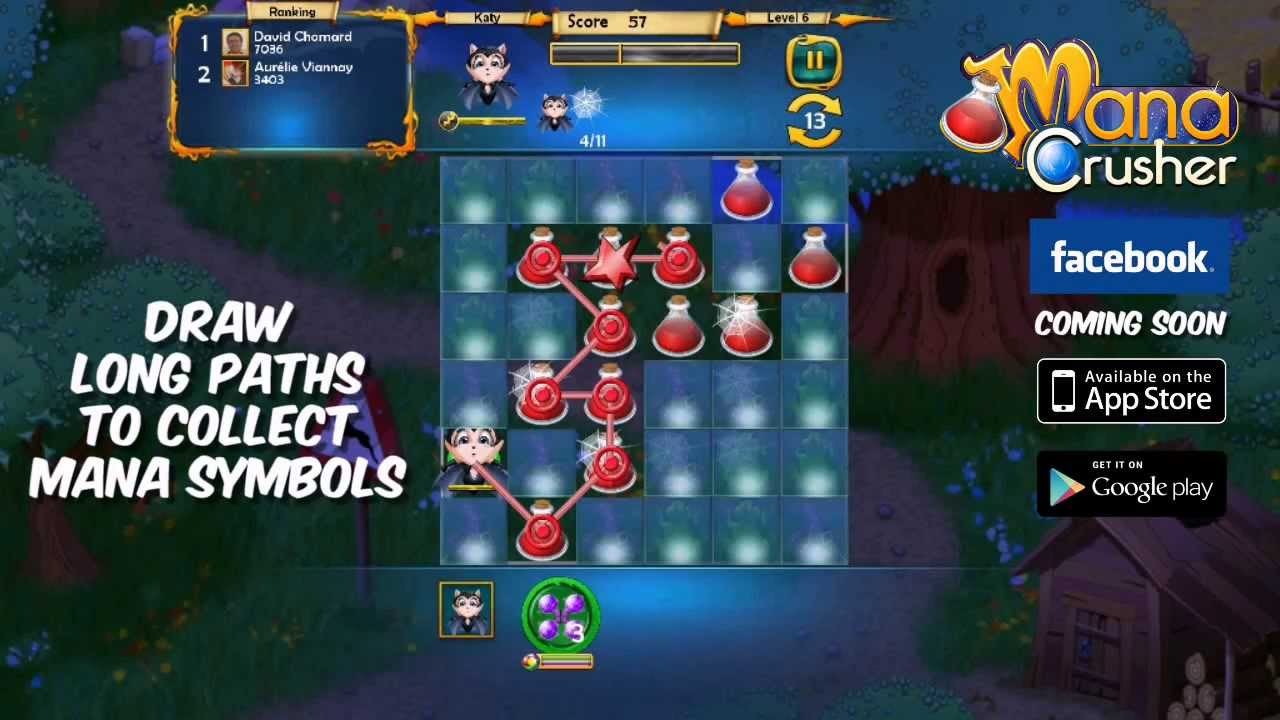 We’re not going to lie – after 10 years of producing cool games and apps for all kinds of platforms, things are tough at Little Worlds Studio. The fate of its 13 staff is hanging in the balance, and every download of the charming and addictive new title Mana Crusher counts. Available now for free on iPhone, iPad and Android, the hundred plus levels of Mana Crusher take players on a journey through a fantastic universe with a combination of logic puzzles and card collecting. The studio has launched #Kickfailer in a bid to keep its wheels turning via the optional in-app purchases.

Take Mana Crusher for a spin on iPhone, iPad, Android, or give it a try on Facebook.
Check out the game’s official website here for more info: http://www.manacrusher.com/

Established 10 years ago with its proud white wolf logo, the studio is fighting to survive, and is calling on players to download Mana Crusher and help the cause by making in-game purchases. In a bid to energise its players and fans, Little Worlds Studio has launched the revolutionary #Kickfailer initiative to encourage donations in the form of in-game purchases. Every penny counts – download and donate via http://kickfailer.com/.

« Mana Crusher is free and you can finish the game without spending anything, but if you want to support us, you can buy something in game. Kickfailer is kind of like Kickstarter, but for a game that you can already play and judge for yourself. We’ve put our hearts into our studio and into Mana Crusher. We want to live! » said David Chomard, studio founder.

« Each time we hit a new download target we’ll do something fun to thank the players. Send us your ideas for things we can do on @kickfailer. We need your support – we’ve just spent what little money we had left on beers and pizza, » said the game designer.

The enchanted world of Mana Crusher
Take the role of one of the six banished wizards and trace paths by connecting identical adjacent objects, including pumpkins, crystals and potions, over more than 100 levels. For each move, the longer the path, the more bonuses collected. But there’s more to the magical arts: players need to train new wizards, collect rare cards and master spells. Players can cast more than 10 different spells to burn evil scarecrows, attack enemy wizards and gain the upper hand.

– 1000 Downloads: the 13 developers will go out for a filling and nutritious meal at their nearest fast food restaurant (a kind of Last Supper).

– 100 000 Downloads: a new character will appear in the game: the Little Worlds white wolf.

– 1 000 000 Downloads: the game artists will create 10 new in-game characters based on requests from players.

– 10 000 000 Downloads: the studio will host a big costume party with everyone dressed in cosplay based on the game’s characters. Everyone who donated is welcome to attend.

The game is available to download in English, German and French for free with optional in-game purchases.

You can also show your support for the studio via social media: #kickfailer #Little_Worlds