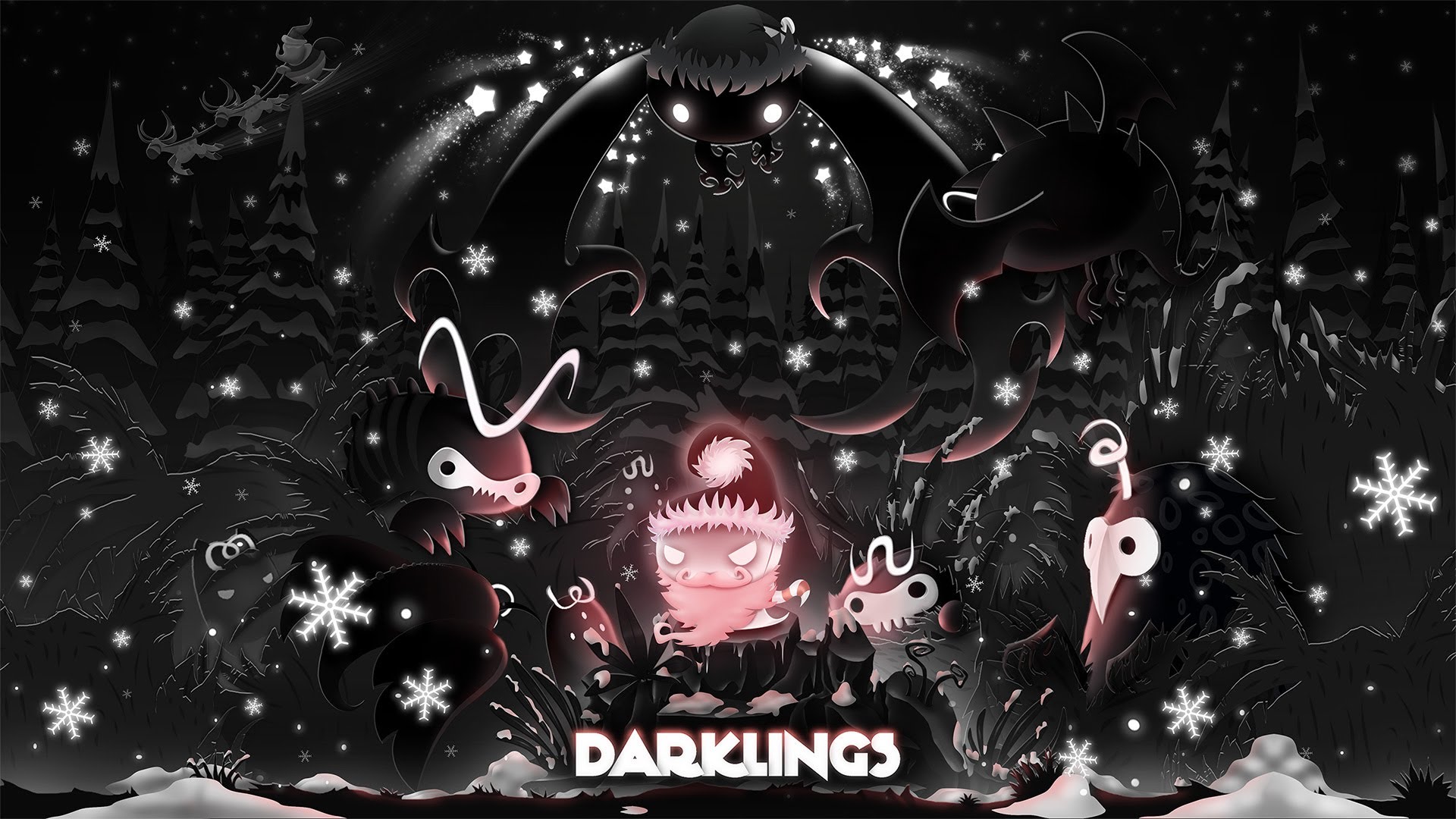 Independent developer and publisher of video games and electronic entertainment, Balloon 27 (B27), in partnership with the startup development house, MildMania, today announced that their noire-styled endless adventure game, Darklings, has received a free Christmas-themed update that is available now on the Apple App Store.

Packed with loads of joy and cheer, and all tied up with a bow, players will go swiping through those naughty Darklings, in the darkness and in the snow. Featuring all-new Christmas-themed levels, bosses, bonuses, and music to match, players will have a joyous romp as they help Lum save Christmas, and save the world with aide of jolly ‘ol St. Nick.

In celebration of this update, B27 and MildMania have created an all-new “Save Christmas, Save the World” trailer for Darklings that can be viewed on the official MildMania YouTube channel, at http://youtu.be/E6Vgwpu3_gk.

Darklings is an epic, endless adventure through magical worlds, where the player experiences unique, gesture-driven gameplay blended with unique noire artwork. It promises to carry touch-based gaming to a whole new level. Join Lum in and purge the Darklings. Save the stars Christmas, save the world. Darkness is coming! You are the only hope!

Darklings is available on the Apple App Store for $0.99, and is compatible with the Apple iPhone, iPad, and iPod touch. Darklings requires iOS 5.0 or later.