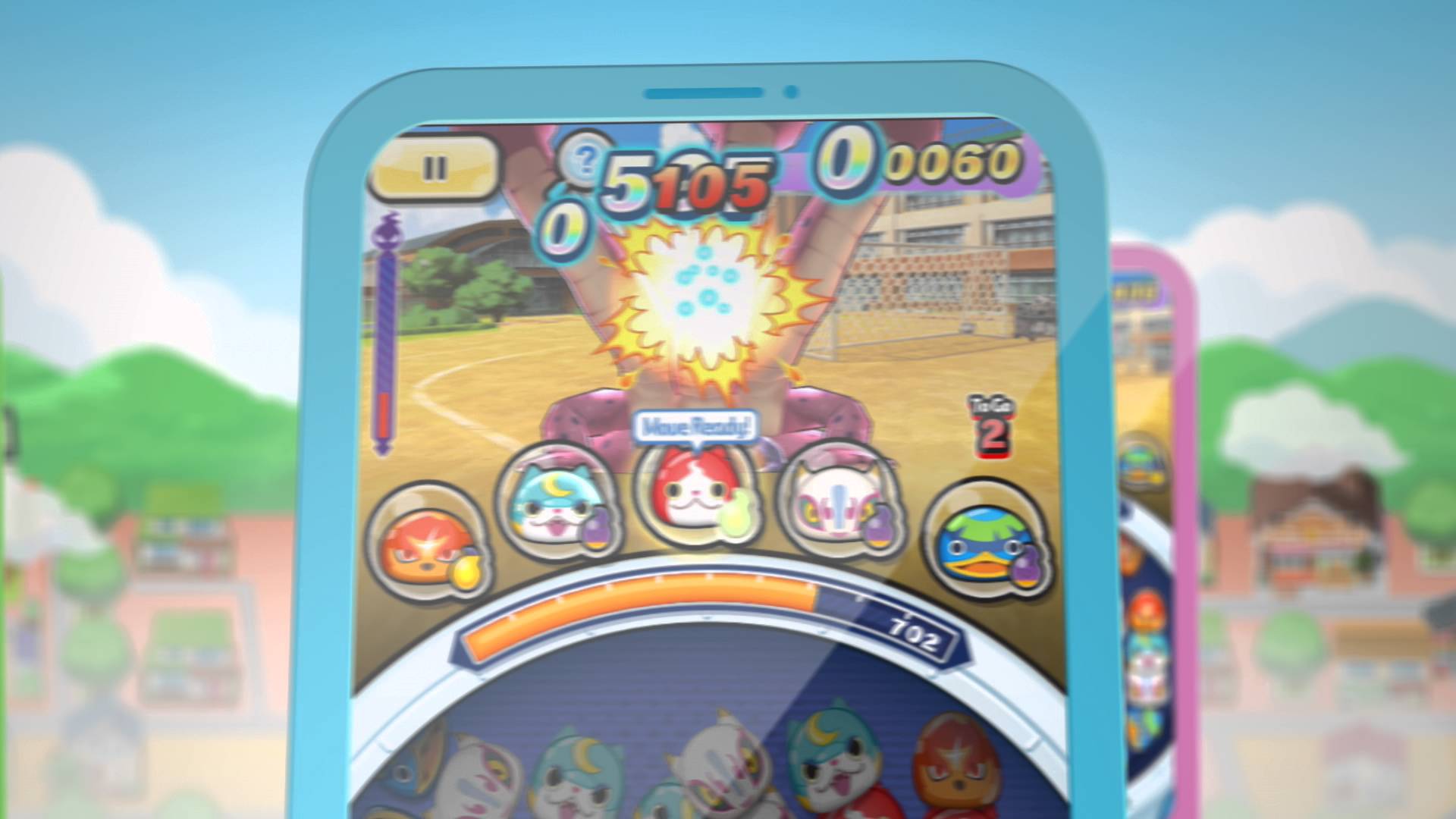 If you’re a YO-KAI WATCH™ fan, you’re going to love this 🙂

For a limited time only,­­ LEVEL-5 Inc. and NHN PlayArt will be sharing an exclusive character — the adorable vampire cat, Dracunyan — with the *YO-KAI WATCH™ Wibble Wobble* Android and iOS communities!

THE DRACUNYAN EVENT
Your favorite Yo-kai, the lazy cat Jibanyan, has somehow morphed into the cutest vampire cat you’ve ever seen! But watch out, cuz Dracunyan has a thirst … for Wib Wob! Just be careful: If he bites you, you’ll become a Dracunyan, too! Pick him up before the event ends — because unlike normal vampires, when the sun sets on this event, Dracunyan will disappear on April 24th!

There are 8 Dracunyan just waiting for you to befriend in Event Missions. Befriend all of them to max out Dracunyan’s Soultimate Move, “Big Bloodsucker!” You can use this move to replace Wib Wob with Dracunyan. Then connect, tap, and pop your giant Dracunyan Wib Wob for massive damage! His Soultimate Move is so powerful that if you time your swiping just right, you can loop endless Soultimate Moves. What are Soultimate Moves? Wib Wob? Vampire Cats? If you’re feeling clueless, meow is the time to jump onboard YO-KAI WATCH Wibble Wobble and see what all the fuss is about!

The Dracunyan Event is open to all players. Log in everyday of the event to earn prizes, and complete special Event Missions located in the “Events” tab of the “Mission” menu to get Y-Money (the game’s currency), coins, characters, and more! Tapping an Event Mission will reveal more details about the mission itself, along with prizes. As old missions are cleared, new missions with new prizes will appear! Complete instructions are available by tapping the “News” button and accessing the “Dracunyan Event.”

In each battle, players must swipe to connect one Wib Wob to one of the same kind, forming an even larger Wib Wob. Quick fingers are a must: Connect small Wib Wob and tap on the large ones to deal damage to enemy Yo-kai (who usually attack in approximately five second intervals). The larger the player’s Wib Wob, the more damage it can deal against enemy Yo-kai. The more Wib Wob you connect, the faster the Fever Gauge will be filled . . . which kicks off Fever Mode, rendering players invincible for a brief period of time.

Occasionally, when players pop a large Wib Wob, a Bonus Ball will appear. By popping a Bonus Ball, surrounding Wib Wob will grow even larger for extra damage! Pop enough of a specific Wib Wob to fill up its Soul Meter and ready a Soultimate Move, which ranges from damage to restoring HP. Once the meter is full, players can tap on a particular Yo-kai to perform its Soultimate Move!

KEY FEATURES
* Connect & Pop: Swipe to connect Wib Wob of the same kind to form a larger Wib Wob. The more you connect, the faster you fill your Fever Gauge!
* Befriend & Collect: Defeat enemies, befriend them, and add them to your Wib Wob collection.
* Strategize: Place the best combination of Wib Wob on your roster for added bonuses.
* Soultimate Moves: Fill your Soul Meter to unleash powerful Soultimate Moves and take out your enemies.
* Fever Mode: Fill your Fever Gauge and enter Fever Mode — rendering you invincible from enemy attacks for a set amount of time.
* Level Up: Gain experience and increase your Wib Wob level for improved damage and stats.
* Missions: Complete existing and new missions to earn Y-Money and unique items.
* Crank-a-kai: Use earned Y-Money and take your chance at the Crank-a-kai.
* Explore: Traverse new levels and explore an entire world filled with Yo-kai.
* Events: Participate in updated monthly themed events with unique levels and items.
* Social: Add friends and race them to the top of the leaderboard!

PRICING & AVAILABILITY
YO-KAI WATCH Wibble Wobble is available for download in the U.S., Canada, and Australia. The game is free to download and play, and includes in-app purchases.