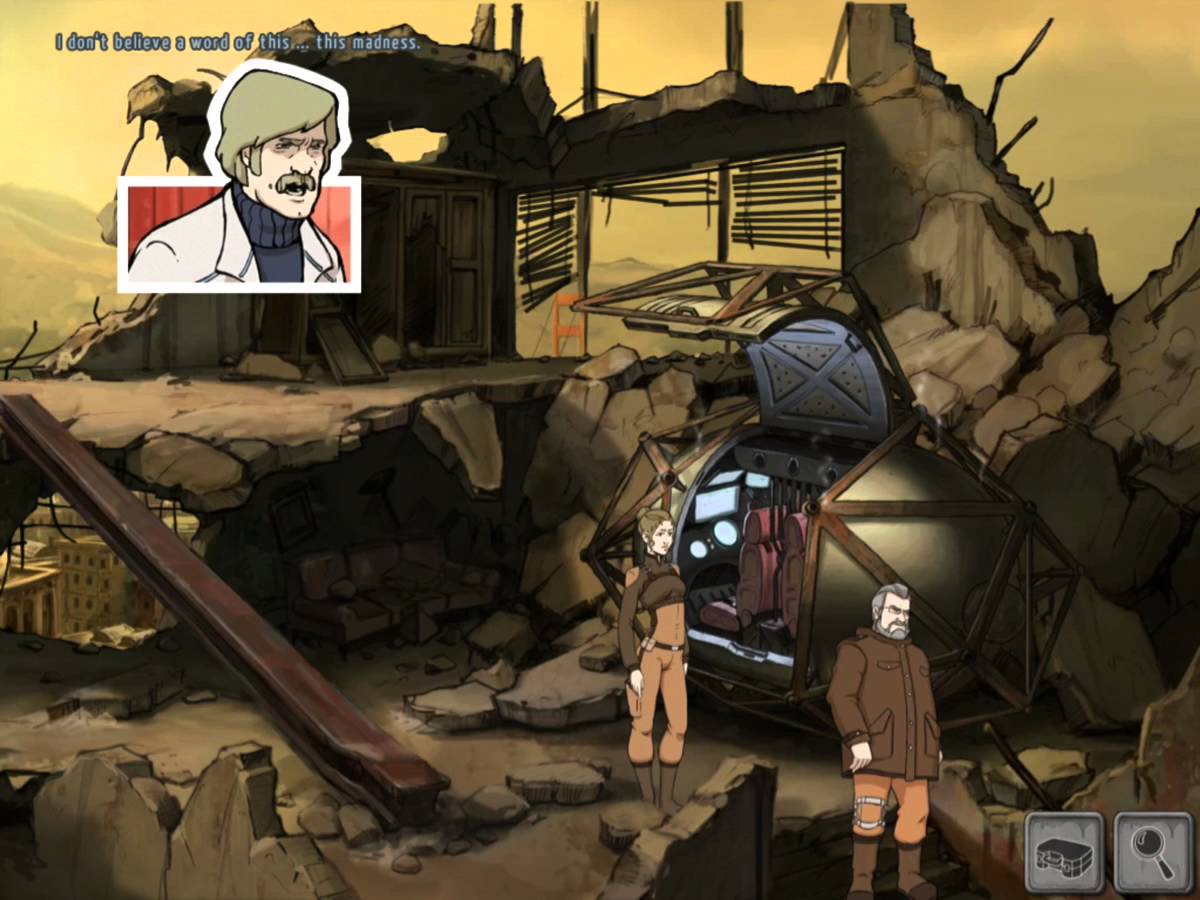 After the successful release of The Whispered World and Deponia for mobile devices, the Hamburg-based developer and publisher Daedalic Entertainment is bringing another award-winning adventure to the iPad. A New Beginning tells the story of former bio-engineer Bent Svensson, who receives an unexpected visitor from the future and is thrown into an incredible adventure. The main themes of the game are pollution and nature protection. A New Beginning is available on the App Store for € 9.99 / £ 7.99 / US $ 9.99. For the first two weeks after release, players can take advantage of a 20% discount and purchase the game for € 7.99 / £ 5.99 / US $ 7.99.

Forced out of bio-engineering, Bent Svensson bitterly returned to private life. But one day, young Faye knocks on his door and claims that he is about to play an important role in the history of mankind. She further claims to be sent from the future to prevent a global environmental disaster. Despite reasonable doubts, Bent rushes into the thrilling adventure. They need to recover Svensson’s research and prevent its abuse. Nothing less than the fate of humanity is at stake.

· Adventure-Thriller about the current subjects of pollution and nature protection
· More than 100 breath-taking, detailed backgrounds
· More than 20 hours of playing time
· Unique graphic novel look with more than one hour of animated comic cut scenes
· A masterpiece from the creators of The Whispered World, Edna & Harvey and Deponia

With A New Beginning, Daedalic Entertainment releases another successful title from their award-winning adventure-portfolio for the iPad. Due to its thematic focus on pollution and nature protection, the message of the game is more relevant than ever and makes a valuable contribution to the current discussion. The game’s controls have been fully optimized for touchscreen use. Daedalic Entertainment has been awarded the German Developer Award for “Best Youth Game 2010” and the German Video Game Award 2011 for the best German game.