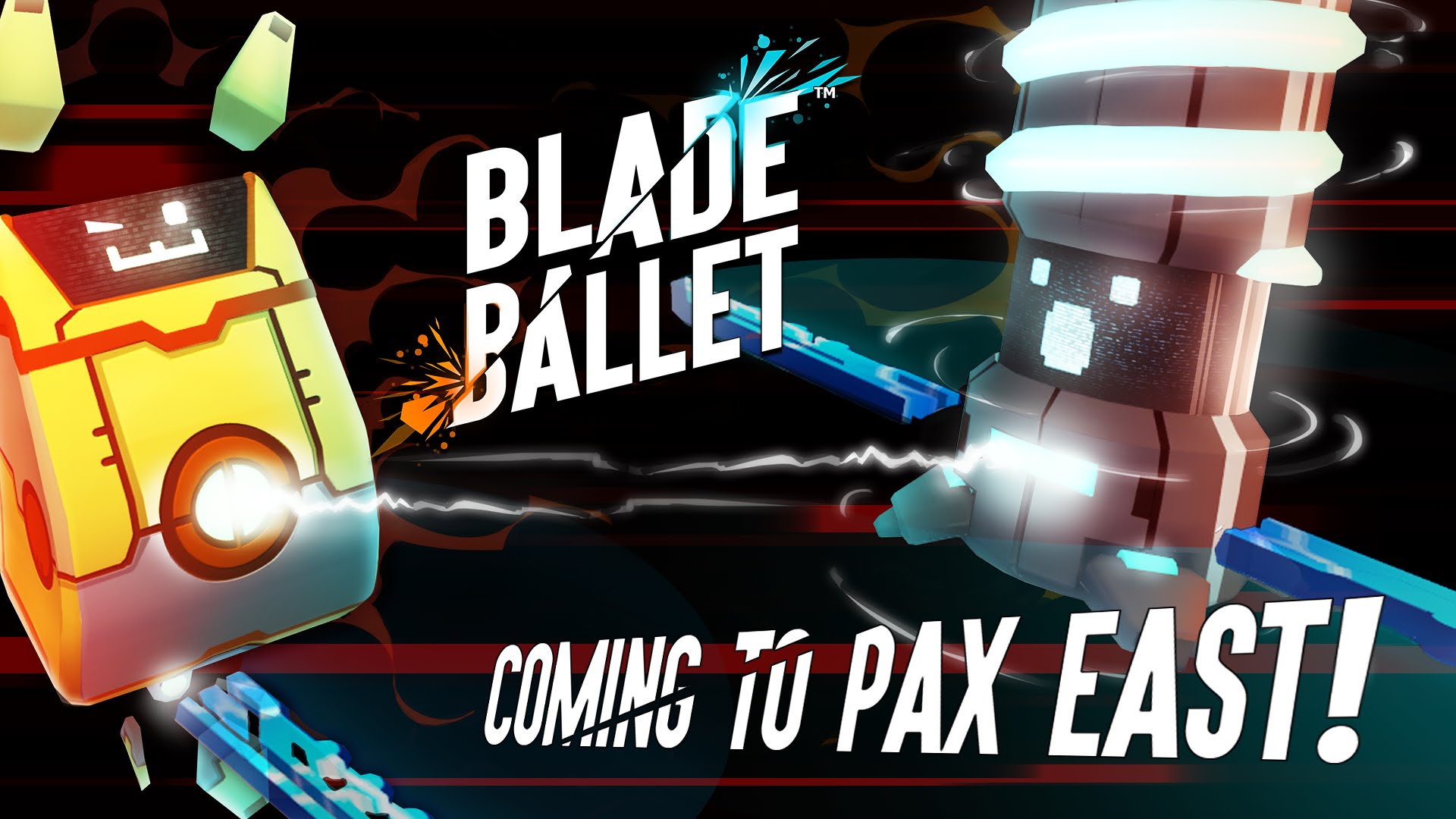 The video is a humorous mix of live-action and gameplay, following two DreamSail Games team members as they re-enact a fierce battle between fan favorites Catbot and Torque. They whirl and dip against the backdrop of a concrete wall not far from a playground in the city before seamlessly melding into the characters they’re desperately trying to embody.

Blade Ballet is a whirling dance of multiplayer robot destruction. Each bot possesses a unique personality and special abilities – master each to claim victory as you spin from one challenging arena to the next, battling for dominance.

Blade Ballet is simple enough for anyone to pick up a controller and jump into the fray, but players must master the timing and unique abilities of each bot to come out on top. This makes the game easily accessible to new players, while allowing for a high skill ceiling to truly compete with your friends. Much of the Blade Ballet gameplay revolves around the innovative “blade spin” mechanic – players control their rotation to sneak past their opponents’ defenses and secure the kill. Each arena also introduces new game mechanics that players must incorporate into their strategies.