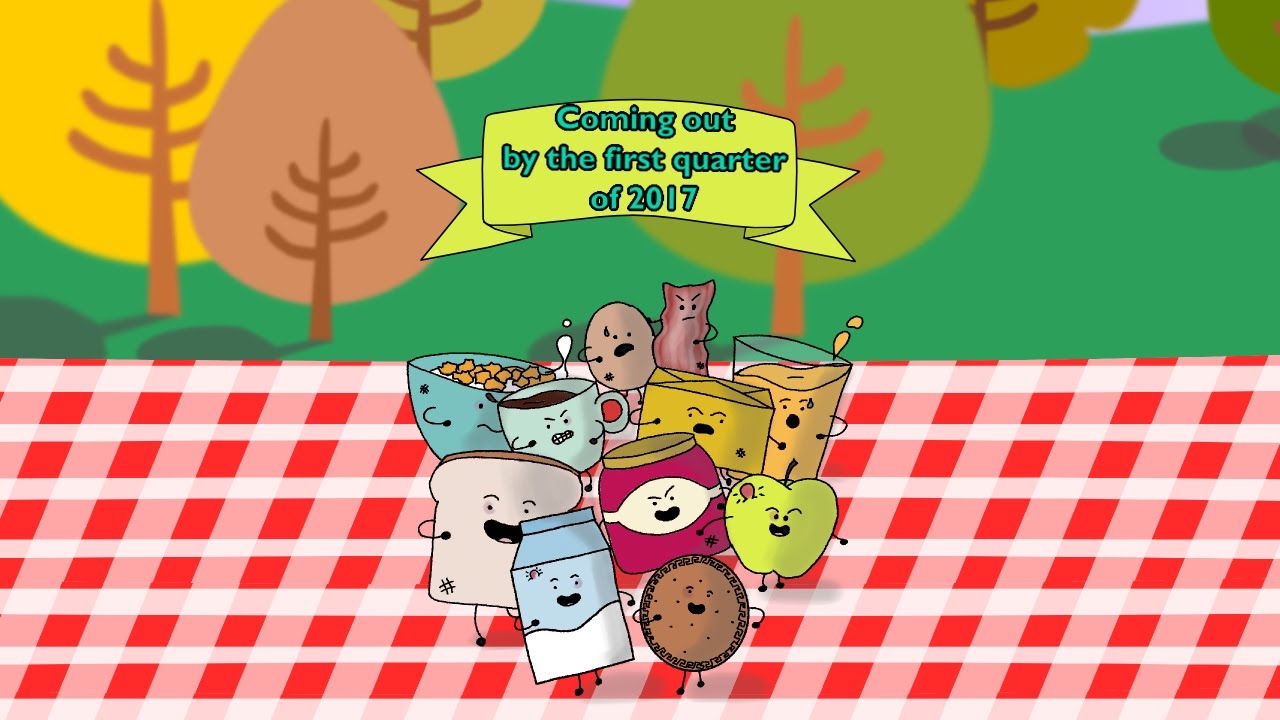 Who wouldn’t feel thrilled about controlling a strip of bacon? Even more, who wouldn’t deeply desire that this strip of bacon could unleash its wrath against, say, an egg running away from it? Well, this is what you can find in Breaking Fast, a new 2D party game for PC and Mac that will satisfy your appetite for savage brawling.

At its root, Breaking Fast is a racing game, and as such, the winning condition is quite simple: finishing in the first position. But like in Mario Kart (game that serves as the main source of inspiration), achieving this goal will be a daunting challenge. First, because the stages will be full with obstacles looking forward to smashing you, like the devious beaters in the kitchen stage or the apparently friendly ants in the picnic stage. But that is not all, since the rest of characters will have at their disposal a nice collection of boosters and attacks to make your life harder: they’ll be able to freeze you, confuse you or even smash you with special attacks in the line of Super Smash Bros.

Races take place in food-related stages, like the aforementioned kitchen or picnic. Despite its friendly cartoonish style (which will remind you of Adventure Time), you realize soon that Breaking Fast is rather savage and frenetic, with these apparently friendly characters smashing their opponents and flying in pain from one side to the other of the stage.

The game has already achieved three awards in Spain and got the Steam Greenlight last July. It will be released on PC and Mac during the first quarter of 2017, although developers state that they are taking actions in order to release it on other platforms.  In the words of the developers, “our goal is to create one of the most fun party games ever”.