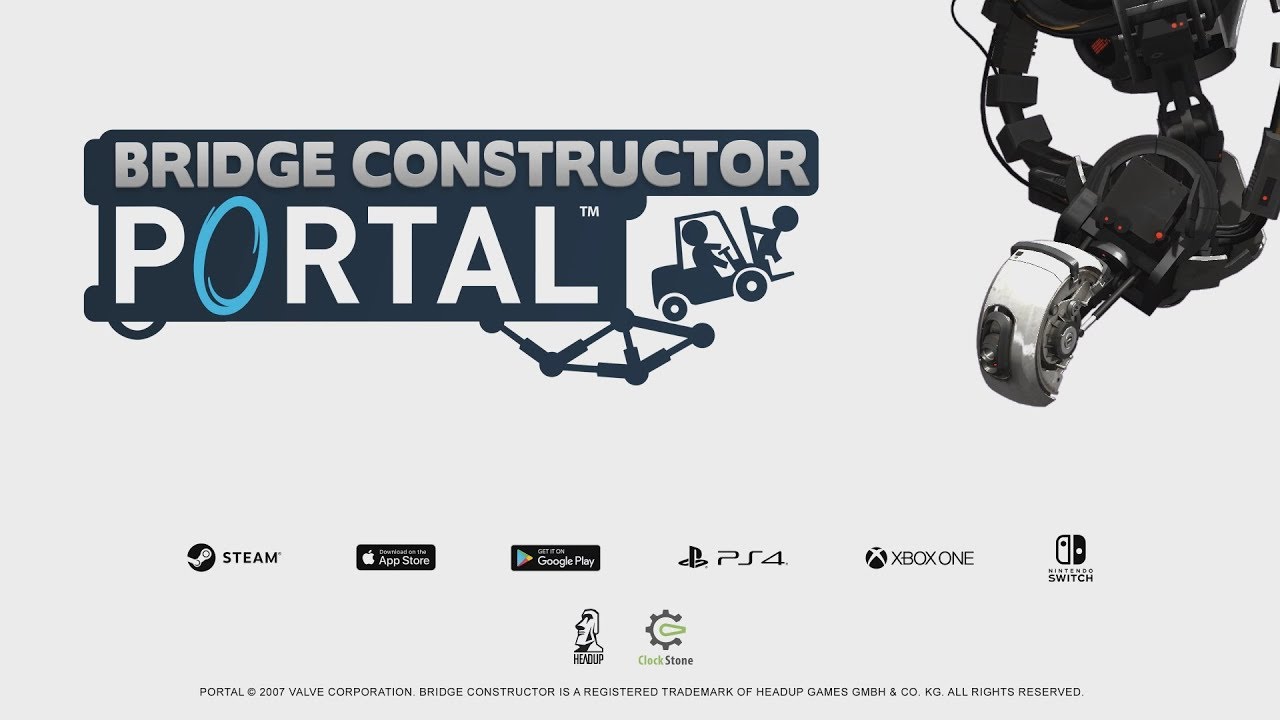 Headup Games proudly announced the release of Bridge Constructor Portal on the Mac App Store. It has also already been released on Steam, iTunes and Google Play a few weeks ago.

Bridge Constructor Portal blends the laws of structural engineering and technology straight from Aperture Laboratories into an exciting new game experience. Versions for Nintendo Switch, PlayStation®4 and Xbox One will follow very soon.

As a new employee in the Aperture Science test lab, it’s your job to build bridges, ramps, slides, and other constructions in 60 test chambers and get the Bendies safely across the finish line in their vehicles.

Make use of the many Portal gadgets, like portals, propulsion gel, repulsion gel, aerial faith plates, cubes, and more to bypass the sentry turrets, acid pools and laser barriers, solve switch puzzles, and make it through the test chambers unscathed.

Let Ellen McLain, the original voice of GLaDOS, guide you through the tutorial, and learn all the tips and tricks that make a true Aperture Science employee.

The bridge is a lie!