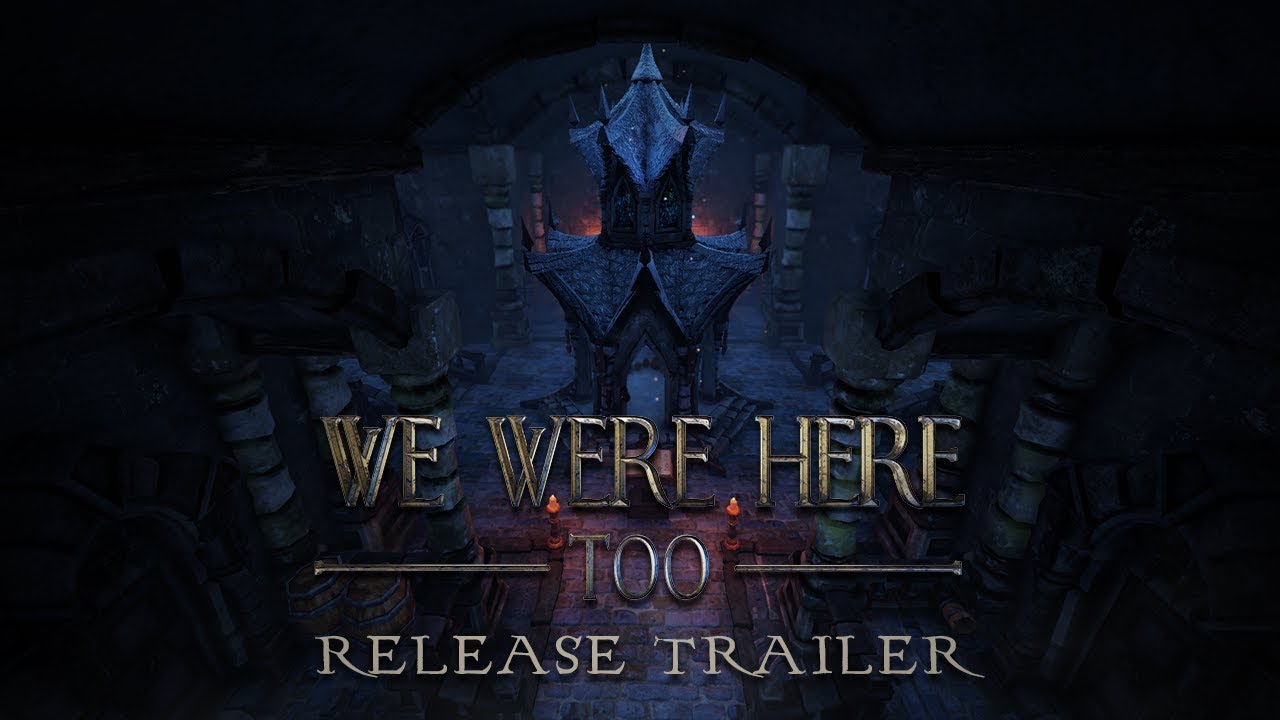 Total Mayhem Games, the creators of the highly successful We Were Here, announced the release of their new cooperative puzzle adventure We Were Here Too on Steam.

You’re trapped in a frozen medieval fortress with only your wits, a walkie-talkie, and one other player on the same wavelength who is caught up in the same mess. Stranded deep in the Antarctic wastes, there is no help coming for the two of you. All you can do is talk to each other and explore your separate sections of the castle. Communication is everything in this suspenseful thriller story.

The Story of We Were Here
Whether or not you’ve played a We Were Here game before, you can leap into We Were Here Too and start unravelling the secrets of Castle Rock, the Antarctic fortress at the heart of the series. The game sees players take the role of Antarctic explorers lost in a storm and running out of time. A mysterious castle emerging from the blizzard offers a lifeline, but the two explorers are separated as they enter. Inside, it becomes clear that this is no ordinary ruin… and that there is no ordinary way out.

Trapped in different parts of the castle, you and a coop partner will need to be each other’s eyes and ears as you endeavour to escape. Every puzzle requires communication to solve – you can talk to each other, or you can stay trapped forever.

We Were Here, the prequel of the episodic series, was released February 2017 for free on Steam. It offers more of the coop puzzle challenge seen in We Were Here Too, as well as tantalizing details about the history of Castle Rock.

The We Were Here Series
The games of the We Were Here series of coop puzzle games are connected, but can be played in any order. Following the first visit to Castle Rock in the free prequel We Were Here, Total Mayhem Games have big plans for their world of dark mysteries and complex conundrums. The second episode We Were Here Too has been released as a commercial product, and the story isn’t going to end here. Future episodes will bring more of the exploration and cooperative puzzle solving through communication that gave We Were Here a 92% positive reception on Steam! And the game is selected for the IGF awards!