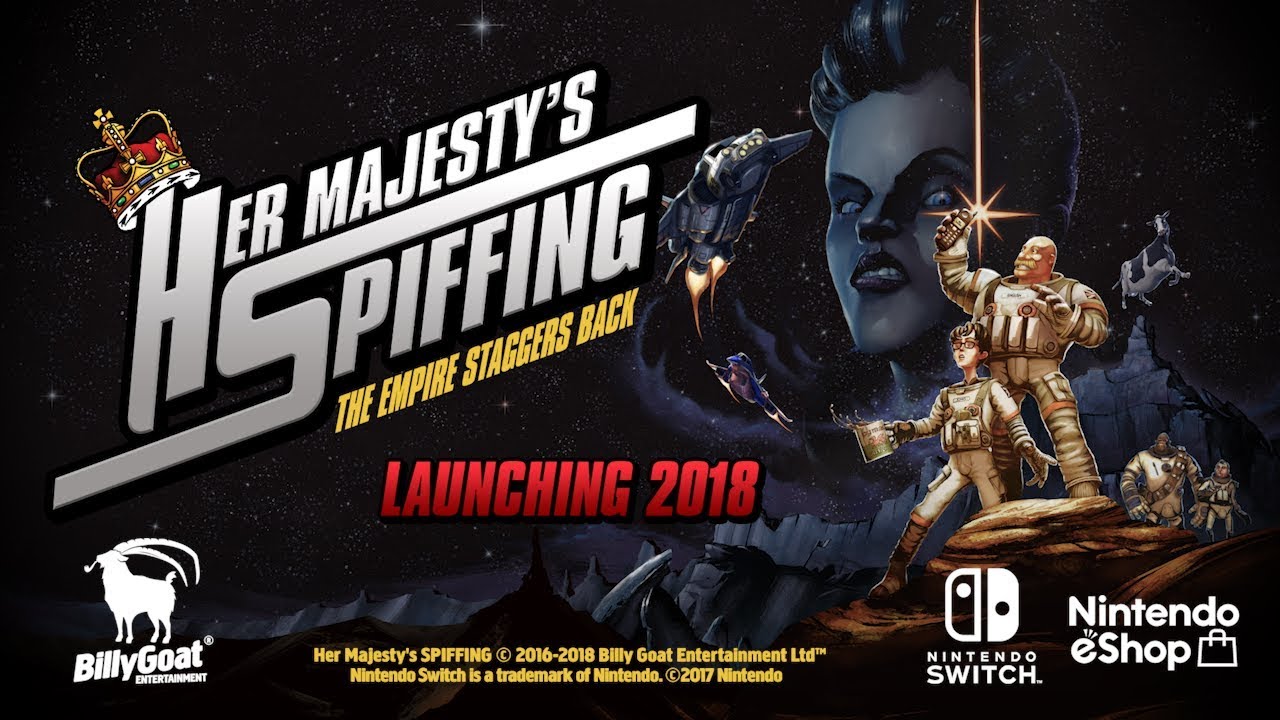 Ironically taking place on Groundhog Day itself, we can once more announce that  Her Majesty’s SPIFFING – the jovial point-and-click adventure that tasks players with establishing a new Galactic British Empire in space – has fired up its thrusters and blasted off into the stars, this time launching on Nintendo’s all-conquering Switch.

If that sounds like a familiar sentence, that’s because Captain Frank Lee English’s amusing adventures across the universe have already made waves on Xbox One and PS4, winning the prestigious Culture and Heritage Award courtesy of The Independent Games Developers Association in the process.

Its debut on Switch comes purely as a response to popular demand…and because developer Billy Goat Entertainment rather over-indulged itself over Christmas and has a few of those dodgy payday loans to pay off.

As a result, Switch gamers can now be able to take charge of Captain Frank Lee English in their living rooms or on the go as he (along with his insightful Welsh colleague, Aled) takes to the stars on board the HMSS Imperialise in this modern interpretation of a classic point-and-click. All while sipping cups of tea and, of course, antagonising the French.

In Her Majesty’s SPIFFING (that’s the Special Planetary Investigative Force For Inhabiting New Galaxies) players will be charged with solving both mental and physical puzzles, all the while being rewarded with a sharp and witty script that subtly analyses British national identity in a typically humble fashion. At least, that’s what our parents have told us to say.

“People should buy SPIFFING because we’re determined to bring it to every format ever created,” says William Barr, Writer of the game and Director of Belfast-based studio, Billy Goat Entertainment Ltd. “Next up we’re looking at porting to the Atari Jaguar, 3DO and those flashy new fridges that connect to the internet.

“The game takes inspiration from/plagiarises everything from Monty Python to Hitchhiker’s Guide to the Galaxy. In short, it’s about as British as a game can be, in that it deftly undermines everything we hold dear about this damp collection of islands from beginning to end.”