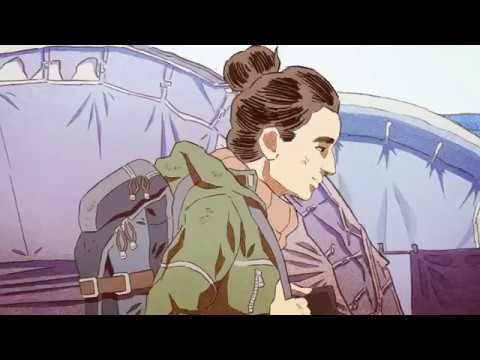 A highlight of this year’s Indiecade, IDFA and A MAZE independent festivals, Bury me, my Love is available for iOS and Android platforms. The reality inspired, interactive instant-messaging adventure, focusing on the ongoing Syrian conflict and the resulting migration of millions of refugees, is an examination of love and hope as seen through the lens of those most impacted by the crisis.

Bury me, my Love follows, through a WhatsApp-like interface, the hazardous journey of a refugee from Syria to Europe, from the perspective of her husband who has to stay behind in the equally dangerous surroundings of their war-ravaged home. It has been produced in consultation with real-life refugees, but the game’s characters are fictional.

Speaking to Polygon about Bury me, my Love earlier in 2017, The Pixel Hunt’s Florent Maurin, the game’s producer and designer, commented:

“Games do not have to be fun and trivial. Like every medium, games can tackle any topic. Making this game changed the way I think about migrants. I hope it might have a similar effect on players.”

“Even though the story addresses heavy issues and the very real danger that many people face, it’s also uplifting.” – GamesBeat

“Bury me, my Love feels important. Not in a pretentious way, but because it makes a big story human.”  – Pocket Gamer