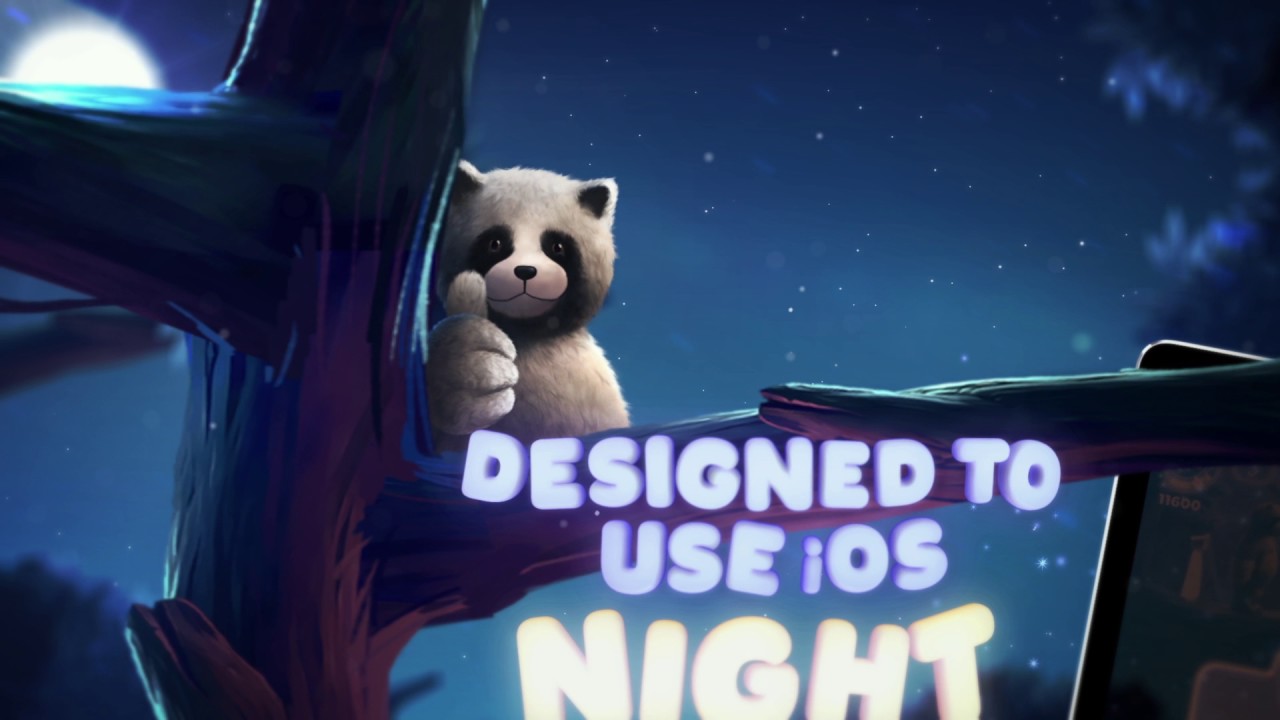 The story of Calming Lia focuses on Lia, a very imaginative young lady haunted by nightmares, and Bao, a friendly bear with endearing racoon-like features who represents Lia’s courage and well-being throughout her adventures in dreamland. Players will travel the world, from the depths of magical woods to the peaks of sky-tearing mountains, and further on and into the mysterious land of dreams. By using unique match-three mechanics to release positive emotions and fend off the “Boogie Man” and his nightmarish cohorts (spiders, wolves, monsters, etc.), players can improve Lia’s abilities to face her fears and remain calm so she can freely explore her imagination in the game’s numerous levels and various quests.

“Night & Play” gaming is a term used for describing certain features of a game designed not only to reduce the negative effect of playing games before sleeping, but also to help or enhance the ability of falling asleep, thus improving the quality and quantity of player’s sleep. The three important features of night & play gaming featured in Calming Lia are:

·         Music: Calming Lia features soothing (approximately about 60 BPM) music, which is proven to have a deep impact on the body, mind and a person’s emotions. It slows down the brain’s overactive thought process, allowing the player to relax and get rid of tensions – all desired when getting ready to sleep.
·         Colors: There is significant evidence proving that blue light emitted by all kinds of electronic devices such as smartphones, tablets, TV screens, laptops and others can have a profound effect on quality and quantity of sleep. Calming Lia utilizes the iOS Night Shift mode to make sure the player’s gameplay experience won’t have a negative effect on the quality of his sleep.
·         Distraction: A busy mind is a well-known enemy of sleep. Minds don’t know such things as a perfect time for worries or imagination. Wandering through imagination or minds occupied with worries just before bedtime is quite common due to more time to think. Sleep experts recommend doing something that will distract the mind from worries and overactive thought processes. Solving challenging puzzles, such as the ones in Calming Lia, can be one of them.

“The main inspiration for developing this game comes from my daughter’s frequent nightmares, said Vladislav Spevak, managing director at Mingle Games. “It was important to me to create a game that can be played at night and help calm the brain so that the player can have a good night’s sleep. Calming Lia is designed to deliver a compelling yet restful experience as you get ready to go to bed.”