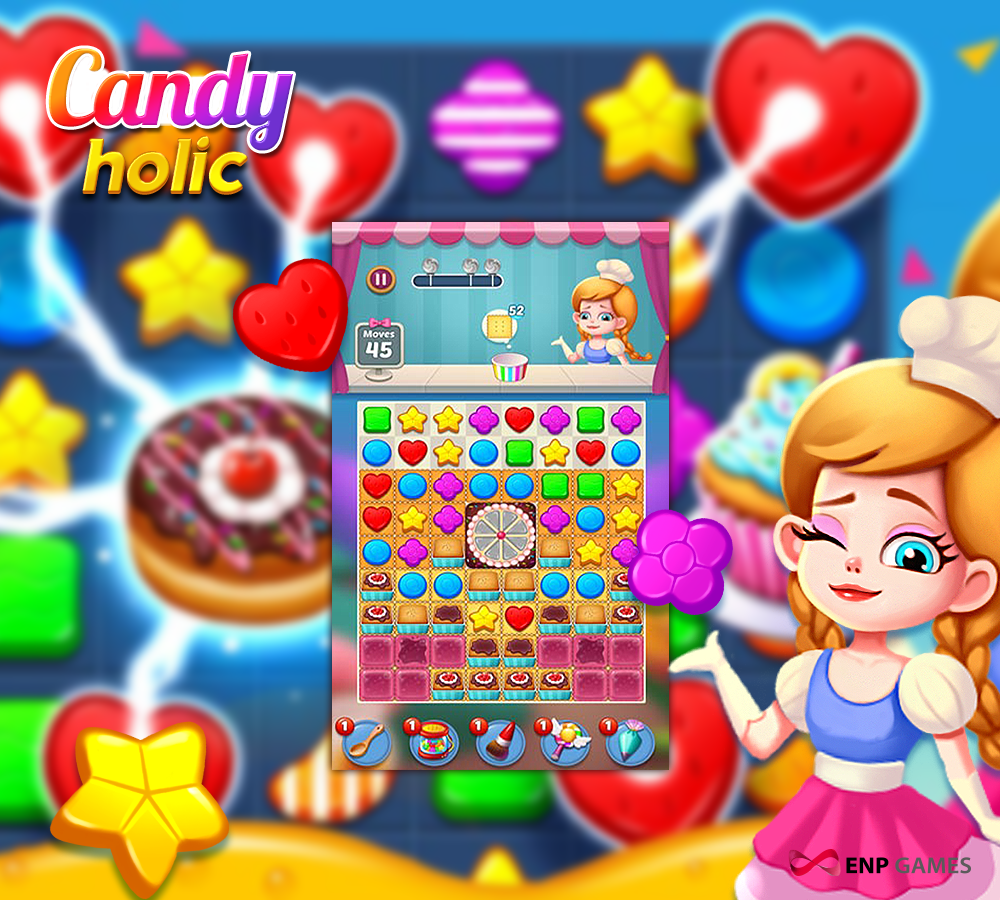 ‘Candyholic’ is a match-3, mobile puzzle game consisting of colorful candies and charismatic characters. Users can find colorful candies varying in shapes and sizes. As a match-3 game, it can be easily played by anyone and everyone. Users will also find tons of vivid boosters and different special effects.

Additionally, a character that solves the puzzles appear. Users can match the candies they want, clear various missions and stages as a cute character. Users can immerse themselves even further by destroying certain candies or special candies to unleash special abilities or use items to help them progress through the stages, making the experience even more colorful.

As a way of welcoming the new year, ‘Candyholic’ was launched in 144 countries, receiving great ratings from users for showing off colorful candies, charismatic characters, various missions, and stages, with the new infinite mode where different modes of puzzles can be found.