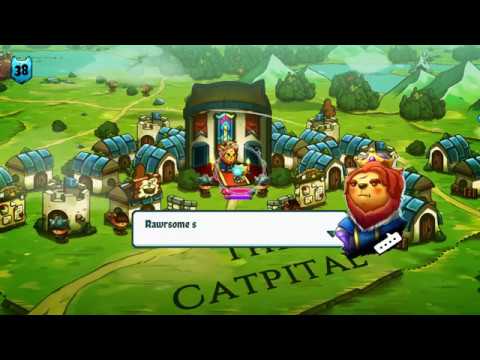 PQube and The Gentlebros are pawtnering up to release the adorable indie adventure game, Cat Quest for Steam on August 8, 2017 and on PlayStation 4 and Nintendo Switch in Q4, 2017.

The developers of Cat Quest, The Gentlebros, a small indie development team from Singapore, recently sat down to chat about themselves, their inspurration and give a little insight into the process of creating the ultimate catventure game.

Cat Quest is a 2D action-RPG that tasks you to save the world of Felingard using a wide variety of equipment, powerful spells and expertly timed evasive abilities. With frantic real-time combat and a vast open-world to explore, Cat Quest provides a smooth and refined dungeon crawling experience.

Cat Quest pounces on to Steam on August 8, 2017 and will be coming to PS4 and Nintendo Switch later this year!