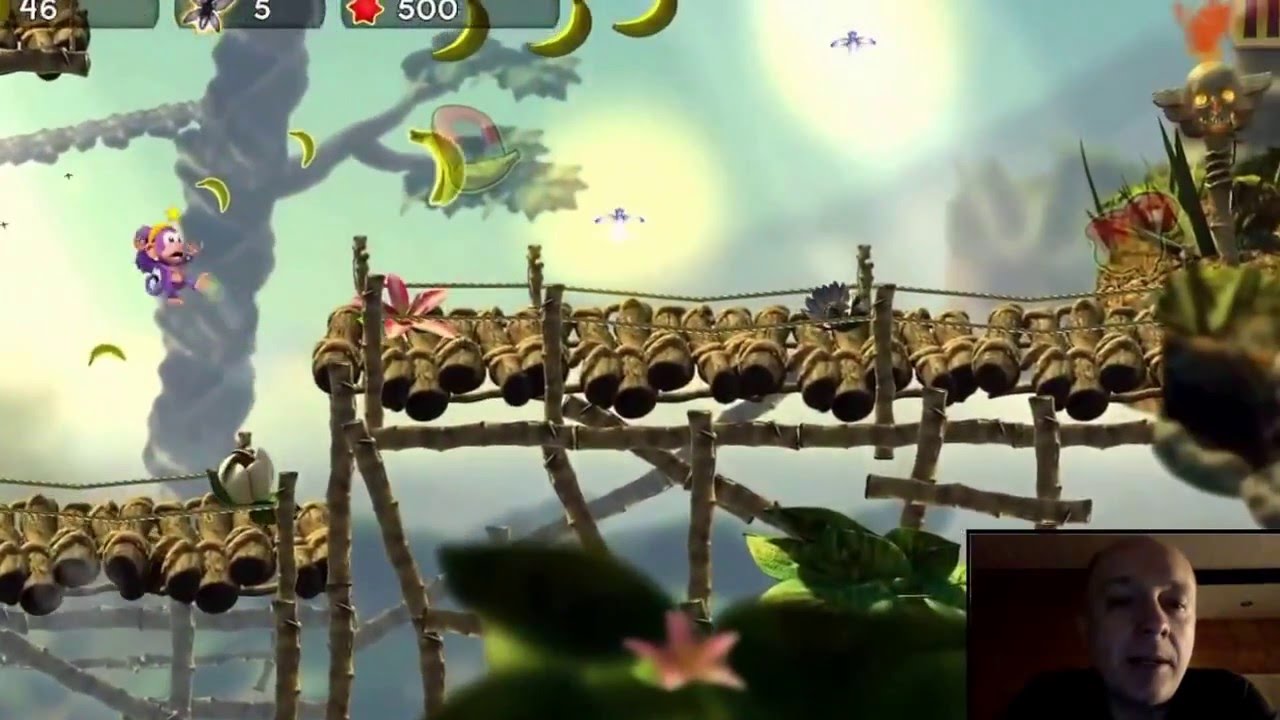 Totem, Lord of the Forest, has been enchanted. His precious gems have turned into fireflies and flown away. Your goal is to catch those flittering fireflies and return the gems to Totem.

Play is simple: Tap to jump, tap twice to double jump, and hold to glide as you descend. Race your way through the tropical island worlds, collecting bananas as you run. Cash them in for coins and gear up before each level to unleash a massive array of power-ups. Soar on magic carpets, ride on rockets, skate on roller-boots, and even wear your own superhero costume.

Be careful as you go – the jungle is filled with hostile creatures and deadly traps, although the right power-ups can turn them to your advantage.

Chuck isn’t alone on this mission; extra characters can be unlocked, and each one will boost your banana bonus.

Chimpact run is a one-touch platformer running game. The Chimp runs non-stop over the landscape and the player taps the screen to jump, double jump and glide, avoiding obstacles, critters and hazards to reach the finish line.

The goal on each of the levels is to collect as many fireflies as possible. At the end of each level the player is awarded up to 5 gems depending on the number collected and when the player has enough gems the next level is unlocked.

For the most rewarding game experience the player can enable a huge array of power-ups using a simple slider interface. As the slider is advanced more game coins are spent and more power-ups are enabled in the levels.

The player can get more game coins by achieving fitness goals, collecting bananas and frequent play Coins can be found hidden on the map screen.

The player can rank up their character to acquire 100 costumes, unlocking achievements and releasing extra playable characters.