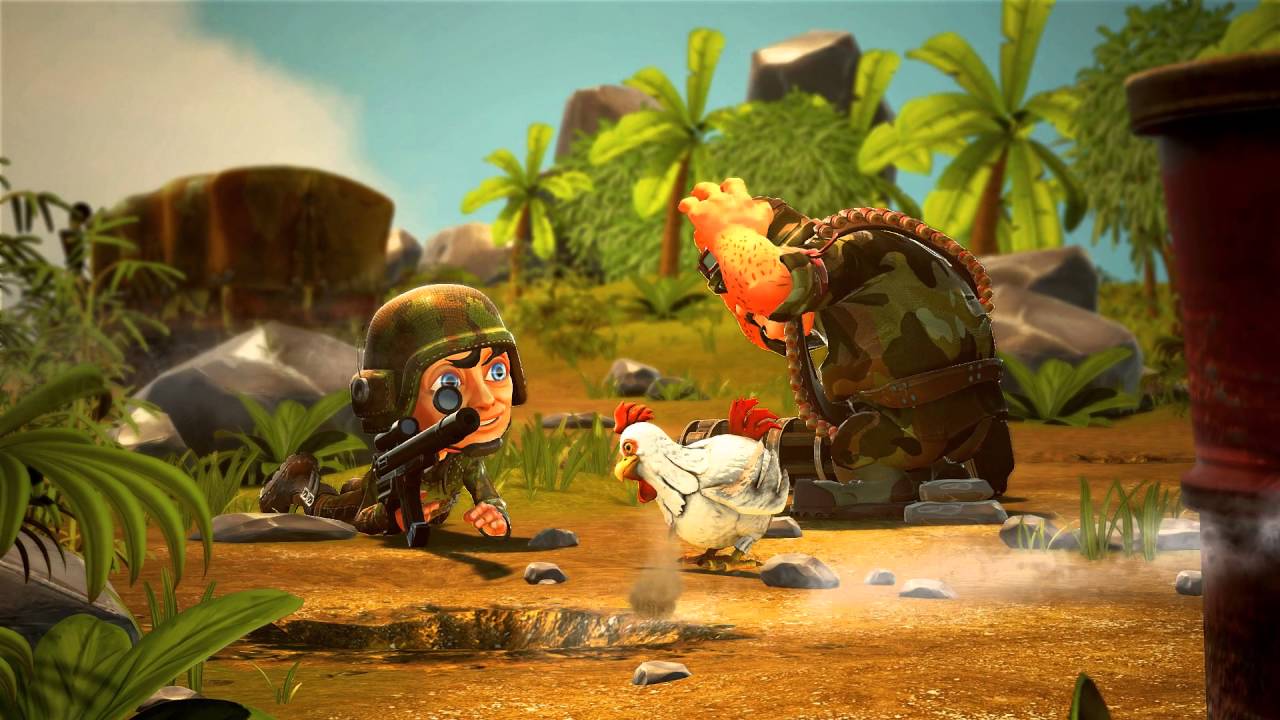 Take Cover is a high-profile, mid/hardcore action and strategy F2P mobile game where players need to always be on their toes. In this action-packed title, which features beautiful and cute military cartoon art style, you’ll need to create an effective strategy for deploying your troops with the right cover at the right time. Create your base, recruit a bunch of wacky-but-effective soldiers, and challenge the evil Corporation goons in ever-changing campaigns that take you to the jungle and beyond.

Game Features:
• Experience a new kind of action strategy that will push your skills to the limit!
• Fast-paced, action-packed combat where you directly control your troops!
• Build and expand your base and unlock new and exciting buildings, units, and abilities!
• Fight your way through an unforgiving jungle in a single-player campaign!
• Battle other players, outsmart their defenses, and prove you’re the best!
• Various combinations of troops, covers, and abilities. Create an unbeatable Special Forces Squad!

“After reviewing hundreds of great mobile games to publish, Take Cover definitely came out on top,” said Xavier Liard, Playdigious CEO. “We are very happy to work with such a talented developer as Gamajun, and we will work hard to promote this awesome game.”

“It is our immense pleasure to announce cooperation with Playdigious,” said Alexander Sila, Gamajun CEO. “ Take Cover has been carefully developed so that players can maximize their skill and strategy potential. Lead your troops, conquer the savage jungle, and reach the top of the Leaderboards!”

Register here to be one of the first to experience Take Cover during its private beta on iOS and Android: http://www.playdigious.com/takecover-beta/