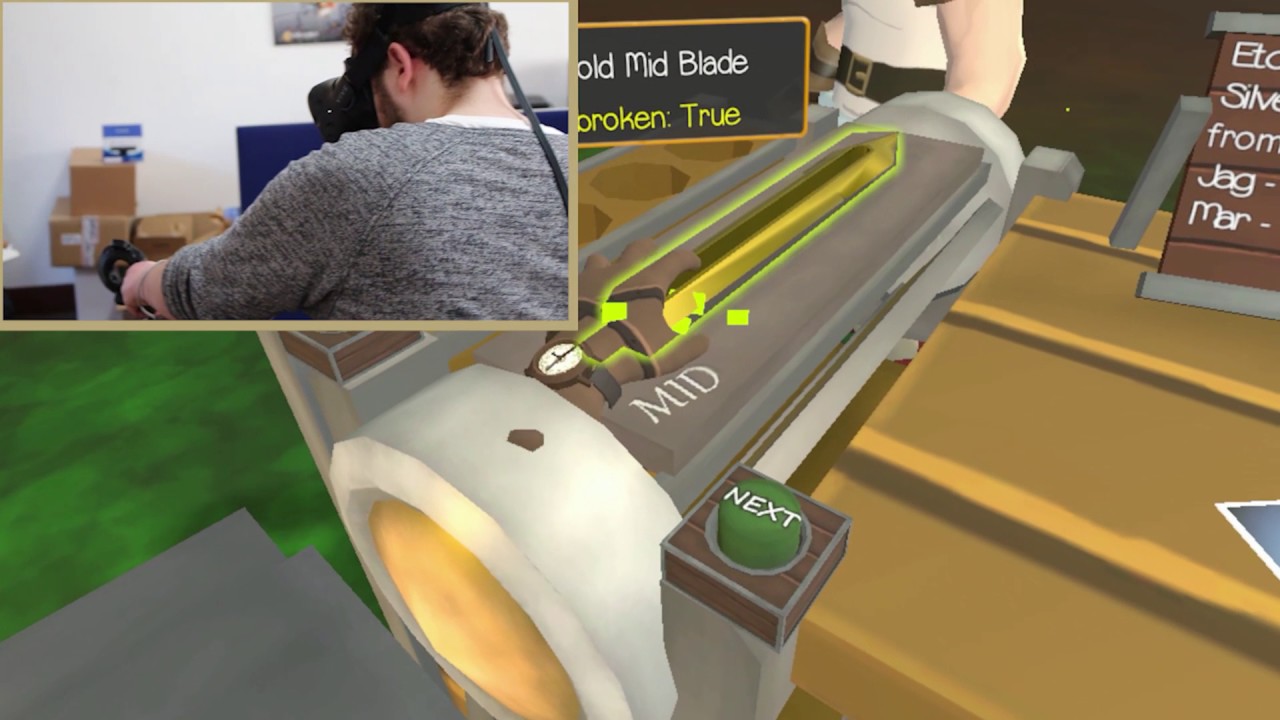 After a successful launch for the HTC Vive, Craft Keep VR is now compatible with Oculus Rift headsets and the Oculus Touch controllers. This is a great opportunity for many more players to step into the realm of Craft Keep VR, and thus the wider world of Shoppe Keep.

The Keep franchise is looking stronger than ever, expanding from all angles, after Shoppe Keep sold over 100,000 copies on Steam. That game is now heading for Xbox One and PS4 this year, while Craft Keep VR is now playable with Oculus Rift. As with the Vive controllers, the Oculus Touch controllers allow for Craft Keep VR to be a brilliantly immersive experience.

The player performs the physical actions of a blacksmith, crafting swords, bows and arrows, daggers and much more. This is the closest gamers can get to being an actual blacksmith in a fantasy world, whether they’re playing with the HTC Vive or the Oculus Rift.

Ordering individual items of stock, players craft their own potions, swords, daggers and more. And while stepping inside the fantasy world of Craft Keep VR is enthralling, players feel the pressure, needing to fulfil orders quickly enough to keep the customers satisfied.