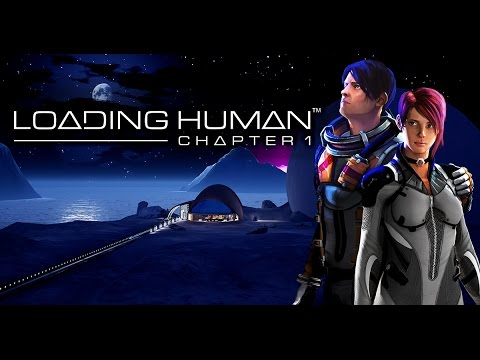 Video game publisher Maximum Games, in partnership with developers Untold Games, today announced the release of their brand new virtual reality futuristic adventure game, Loading Human: Chapter 1. Coinciding with the launch of the highly anticipated Sony PlayStation®VR on October 13, 2016, Loading Human: Chapter 1 is available now to purchase for $39.99 on the following platforms: PS VR via the PlayStation®4 computer entertainment system at select retailers and digitally from the PlayStation®Store, and HTC Vive and Oculus Rift via Windows PC digitally from Steam®.

“The emergence of virtual reality has opened new pathways to immerse gamers like never before, and Loading Human: Chapter 1 was developed from the ground up to fully capitalize on this exciting new medium,” said Christina Seelye, CEO of Maximum Games. “Offering full integration with existing VR systems, and as a launch title for PlayStation®VR, Loading Human offers compelling content and cutting edge technology to give gamers the best VR experience possible.”

Completely optimized for the next wave of virtual reality, Loading Human: Chapter 1 takes full advantage of VR hardware and motion controllers to create gripping gameplay complete with genuine, emotional interactions. Players will see the world through the eyes of a young astronaut, Prometheus, as he searches for a cure to save his ailing father. His father is regarded as the most important man in history, an esteemed scientist who has discovered the existence of the Quintessence, a powerful source of energy that will help reverse the aging process. Adding to the tension of the storyline, Prometheus’ love interest, Alice, has her own ideas of how the mission should unfold.

Loading Human: Chapter 1 is an episodic VR adventure game that blends a deep story, interactivity and physical gameplay within a compelling sci-fi universe set in the 22nd century. The story-driven narrative takes a brand new approach to gaming as players will have to form bonds with intriguing characters, explore a lush virtual world and solve their way through puzzles utilizing unique VR controls and movements.