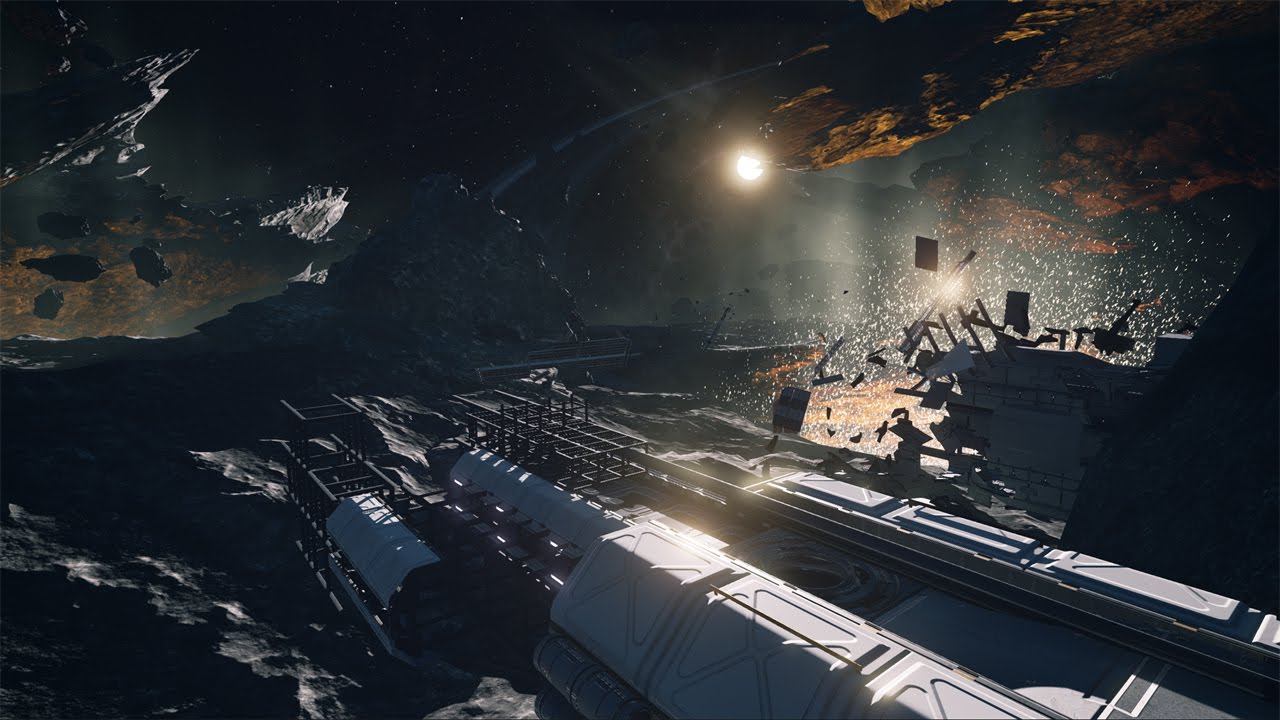 Watch the announcement teaser trailer to get prepared for what Detached will have to offer.

Detached will take you on an exciting journey to the future, where humankind has finally found the way to travel through space, crossing distances that used to be unimaginable. But no discovery goes without a price. Pushing the boundaries of the known universe led not only to rapid colonization of distant worlds and mining operations in search of unique resources, but also allowed big corporations to grow, gaining power and meaning they’ve never had before. Free from the jurisdiction of Earth governments (limited to the boundaries of our solar system), they were able to explore the universe using their own resources and money from private investors, but more importantly – following their own rules. Finally, they discovered alien presence on one of the colonized planets. However, none of the devices or technologies the explorers were able to find were functioning or available for use. Until now.

Genesis Corporation – one of two leading tech companies, has finally discovered a working alien artifact at one of their mining sites in Theta sector. Trying to keep it secret, they’ve silently started to transform the mine into a research and development facility. Careful not to alert competitors, they provided no extra security for their actions. But no such discovery can be kept under wraps for long. Soon enough, the R17 corporation – the biggest rival of Genesis – learned about the discovery. A small R17 attack squad consisting of a single light cruiser and a couple of dropships and fighters was sent to take control over the artifact.
The Genesis station, with virtually no defense capabilities, was overrun in seconds. The mine chief called in the Genesis Corporation space station for help. But instead of expected rescue – which the station commander that received the call knew would not get there in time – a sleeper agent activated a KDD (Kill Don’t Destroy) bomb during the attack. This was the beginning of the end for both tech giants.
Detached is a First Person Experience (FPX) game focused on rivalry, exploration and survival. Designed from the very beginning for Virtual Reality headsets, Detached will allow gamers to experience the outer space like they never did before. Exploring beautiful sandbox environment and solving outstanding puzzles while trying to beat the rival was all designed with one idea in mind: to ensure full immersion in the game.

After the corporations’ war over the alien artifact, the gamer will find himself as a sole survivor from his faction, trying to find his way back to Earth. During his long journey, he’ll not only be forced to explore the area looking for supplies like oxygen and fuel, but in order to survive he’ll also need to outwit and outrun a rival from the other faction.

The first choice the gamer will have to make – which corporation to represent – will impact the story as well as quests to accomplish and puzzles to solve, but more importantly, it will also completely change the style of gameplay. In a game like Detached, where the whole intrigue is built around a non-violent puzzle and exploration version of the “capture the flag” mode known from shooter games, such details are crucial for the end victory.