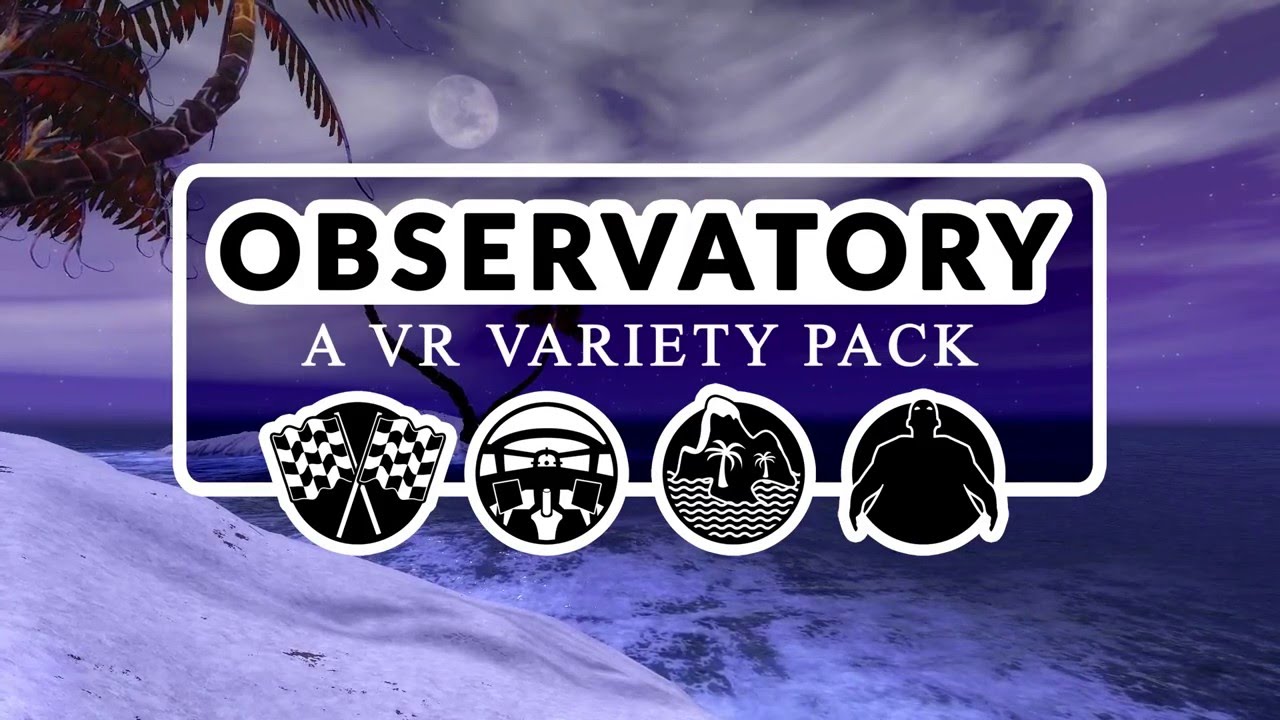 —“Observatory” is a VR title coming to Early Access in Spring 2016. It’s made of four parts: A microscopic spacejet/horror game, a procedurally generated downhill racing game set on huge wooden ski resorts, an island-puzzler based on interactions with physics-based animals, and the official music video for “Phantasmagoria” (a song from Icky Blossoms’ latest album, “Mask”). The music video will also be released by Saddle Creek Records as a 360 panoramic video (for services like Youtube and Facebook).

Each of the items in the pack has a different featured visual artist, but the rest of the development team is working on all four parts. The final product will include a short optional eBook (for the curious) to show how the four items are related to each other.

The game is currently listed as “Coming Soon” on Steam:
* http://store.steampowered.com/app/414810

About This Game
Observatory is a four-pack of VR content for the Oculus Rift, HTC Vive, and potentially other headsets later on. It includes three games and a music video – but we’re halfway through a (hopefully) two-year development cycle, so all of the items in the pack are in different stages of development.

Our overall intent is to test out some different in-game uses of VR headsets by making small-but-comprehensive experiences with as much variation between them as we can:

◾A musical trip through space

◾The pack also includes a (short) eBook which provides some backstory and shows how the four-pack’s items relate to each other (and to our previous game, Not the Robots, and to our older Flash games) – if that’s your kind of thing