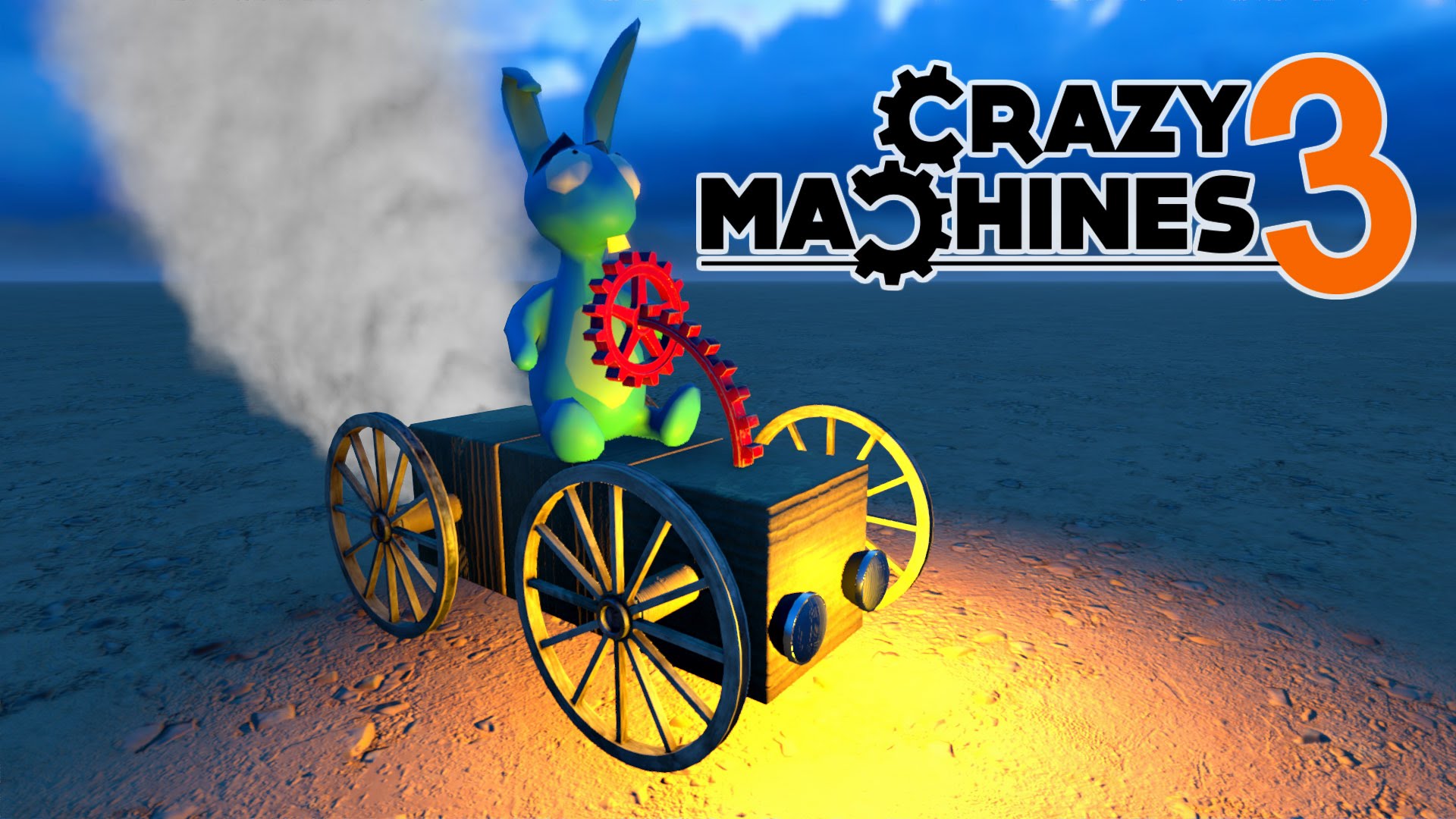 The closed beta application phase for Crazy Machines 3 begins today. With the support of the selected beta testers, the development team seeks to optimize the gameplay and community functions of the level editor which has been designed as a sandbox. Thereby Daedalic Entertainment and FAKT Software guarantee that by the time of its official release Crazy Machines 3 will be the most advanced puzzle and physics game of all times with its content constantly being extended by the community.

The application phase runs until April 10, 2016. Interested players can launch their application here and, with a little luck, soon become one of about 200 beta testers. The closed beta phase begins at the end of April.

In 2016, FAKT Software and Daedalic Entertainment will release Crazy Machines 3 for PC, Mac and Linux.

The successful Rube Goldberg style puzzle game series was first published in 2004, and has sold over 1.5 Mio. copies to this day. The popular series is available on all relevant gaming platforms: iOS, Android, Windows 8, Windows8/RT, Windows PC, Mac OS X, Xbox 360, PlayStation 3, Wii and DS, has been translated into over 10 languages and has won numerous awards.

Features:
•Hyper-realistic simulation of physical parameters such as solid bodies, electricity, lightening, wind, light, lasers, accustic effects, magnetism and steam.
•Creativity meets freedom of choice: create and experiment with your own crazy machines and find your own ways of solving challenges.
•Comprehensive editor: much more than just a physics sandbox, players can create their own ingenious puzzle levels and share them with the vaste Crazy Machines community.
•Create your own building pieces: for the first time in the Crazy Machines series, players can now create their own building pieces from various materials and colors and can share them online.
•Unlimited number of player generated levels online: share, exchange and rate your inventions with other players on Steam Workshop.