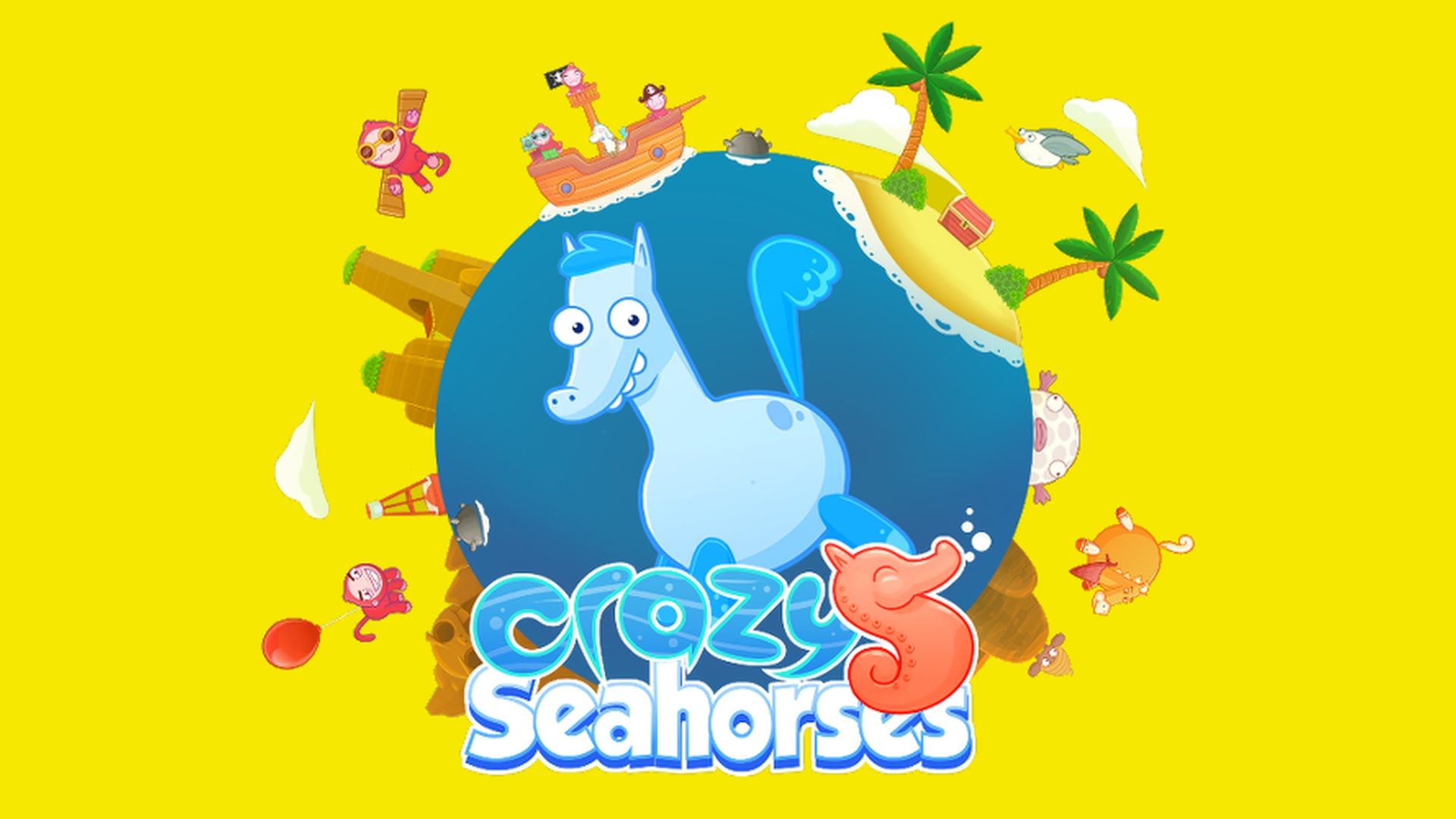 Crazy Seahorses is a humorous and colourful auto-scrolling action game inspired by the classic platforming genre. A short opening cut scene explains the Pirate Sea Monkeys have raided the Seahorses’ tranquil home. It’s then straight into the action as the player assumes the role of Horace, a seahorse determined to rescue his friend, collecting treasure along the way. Quick reactions are essential, though the game offers a forgiving learning curve for young children and beginners, with enough challenge and content to satisfy veteran gamers alike. Using a context-sensitive touch control scheme and a sophisticated 2D physics engine, jump, smash and glide your way to victory, hitting as many monkeys as you can on the way!

8 progressively difficult stages
Randomised level components for added replay value
5 additional horses to unlock
4 power-ups to assist (including inflatable horse and the carrot-wielding jockey)
An assortment of hats and costumes to buy, some of which may be oddly familiar.
Achievements on Game Centre awarded for monkey hits, near misses and keep uppy’s!
Updates planned with additional content.

Crazy Seahorses condenses the experience of playing a fully-fledged platform game to a portable touch-screen device, with vibrant characters and an infectious soundtrack and is perfect for playing on the go.