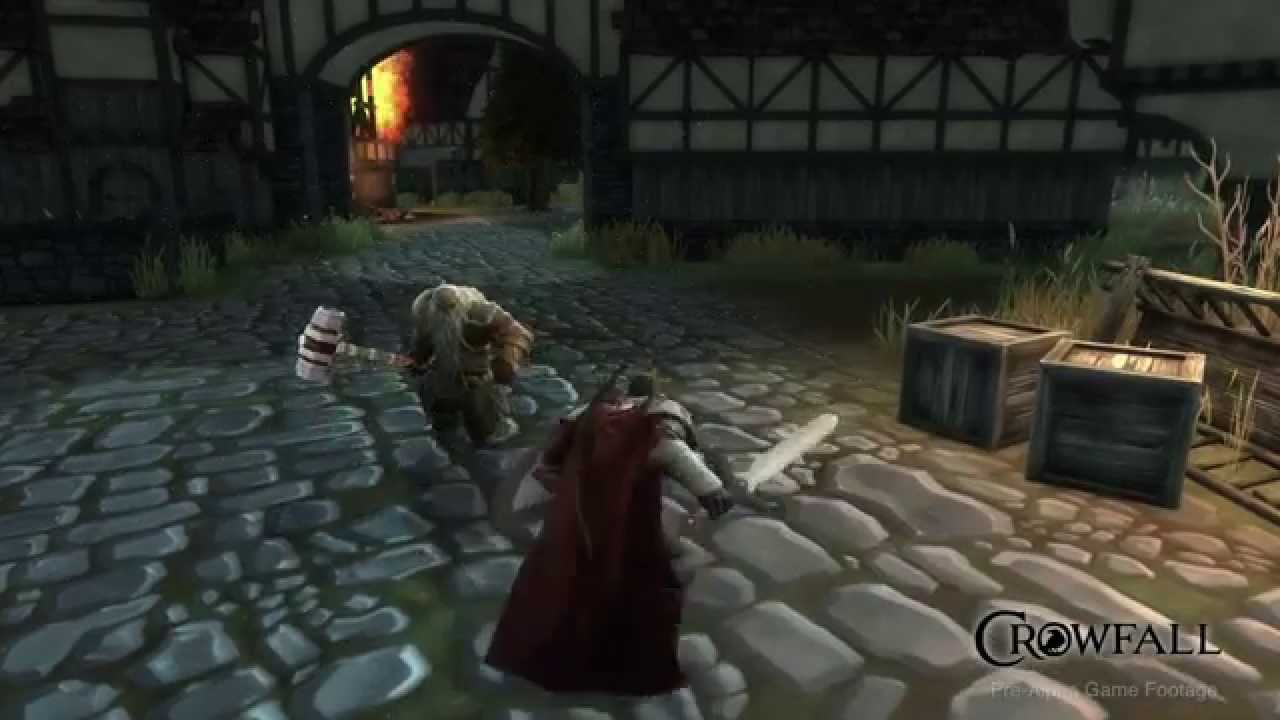 A Massively Multiplayer Online Game (MMORPG) that centers on political alliances and feudal conquest, Crowfall has been described as “a throne war simulator.” With heavy focus on player versus player gameplay, opposing sides collide in the unending struggle for glory, wealth and power.

In this latest phase of testing, Pre-Alpha 2.0: Siege Perilous, participants split off as soldiers supporting Chaos or Order, either laying siege to or defending a castle. In addition, the castle destruction system is now online, allowing players to tear down walls and topple towers with real-time server side physics.

Five of Crowfall’s eventual 13 archetypes will be available to players in this round of testing: Champion, Confessor, Knight, Legionnaire and the recently-added Ranger.
“This is an incredibly exciting milestone for us,” said J. Todd Coleman, ArtCraft co-founder and Crowfall’s creative director. “Our previous tests centered on PvP combat, which is obviously critical to our game but not unique to the market. Our physics-based castle siege system marks the point where Crowfall starts to separate from the other games available in the market.”

A project jointly supported by crowdfunding and private investors, Crowfall’s 2015 Kickstarter remains among the most successful campaigns in the video game category. Supporters were amazed and delighted when the first phase of external testing began just six short months after the Kickstarter ended. Reception has been highly favorable and the game has been lauded on several “Most Anticipated” lists, including those for IGN.com and MMORPG.com.

Learn more about Crowfall and sign up for the free beta test at Crowfall.com.