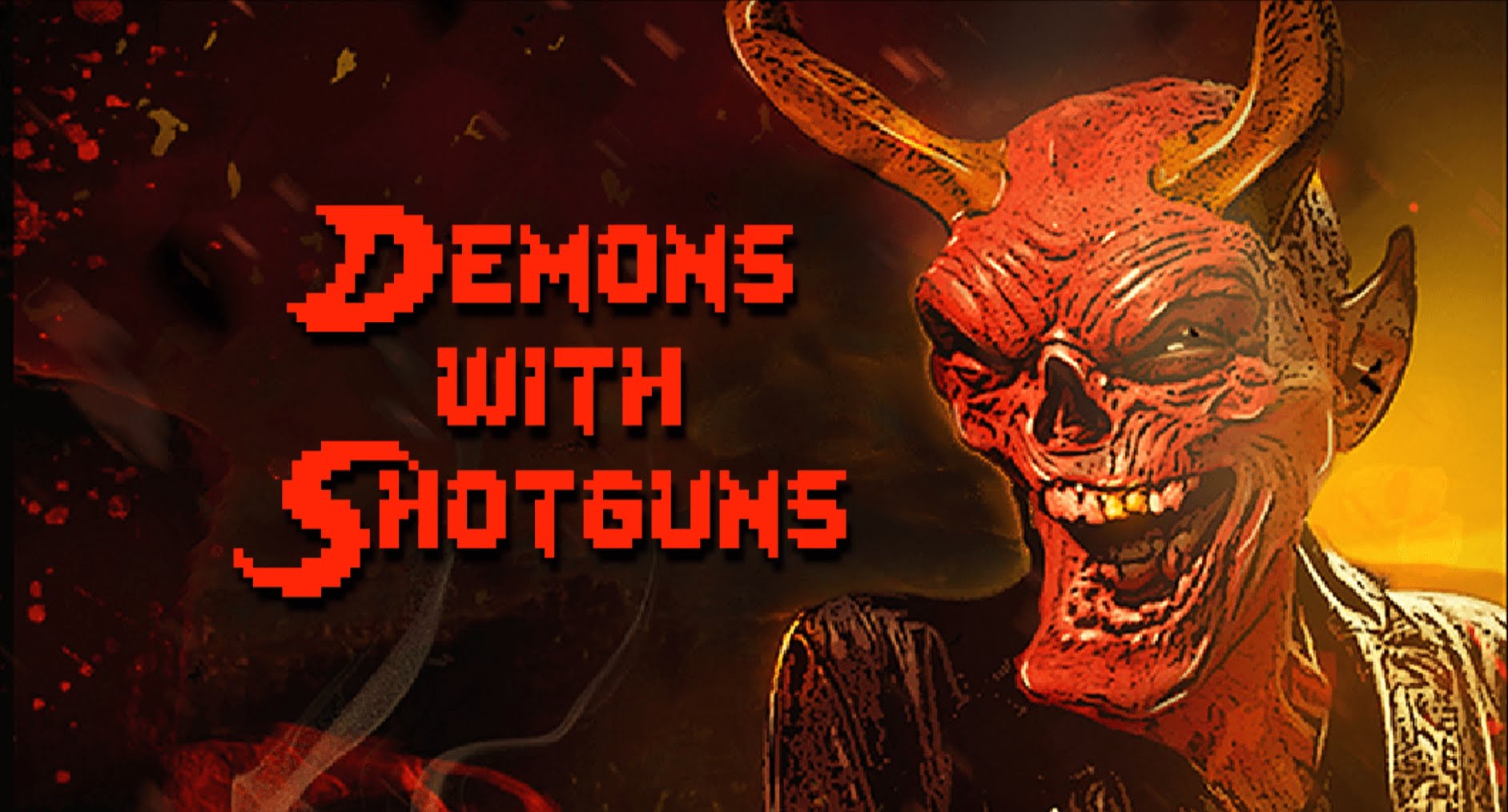 After nearly a year, Demons with Shotguns leaves Steam Early Access on April 25.

Demons with Shotguns is the ultimate couch fragger gibfest! Armed with a powerful shotgun, bullet deflecting shield and power-up tarot cards, 2 to 4 local players will battle it out to collect each other’s souls in 9 different competitive game modes across 4 realms & 40 arenas.

“The community feedback I’ve received has been instrumental in pushing the game towards the final release,” said Nicholas DiMucci. “It’s been a long, strange 3 year journey developing Demons with Shotguns. It’s been a labor of love, paying homage to twitch based arena shooters of the 90s.”

“Early Access has not only helped me balance the game’s competitive game modes, but inspired me to introduce even more game modes, features, match customization and characters to choose from,” said Nicholas DiMucci”. “The game now includes a whole new singleplayer & local co-op enemy wave mode, End of Times, where you must fend off the Devil’s army and fight your way through several arenas towards an epic showdown with the Devil himself.”

Demons with Shotguns is available now on Steam for Windows and Mac OS X.

Reviews
“Demon’s with Shotguns looks to be a very competent contender in the local multiplayer genre.”
http://indiegames.com/2015/06/preview_demons_with_shotguns_-.html

“Our experience playing Demons with Shotguns has been at once electrifying and charming. It calls forth shouts, great big smiles, laughter and large doses of healthy competition.”
4 1/2 stars – The Nerd Stash

“A veritable blast of laughter and shotgun shelling from the other room made me want to drop the cheese and run to the living room.”
Indie Haven

◾Multiple playable characters. Play as the faithless Preacher, the desperate Demon, the Heavenless Angel, the Antichrist Deceiver, the peace keeping Nun or even Death himself.

◾Choose from multiple game modes, including free-for-all and team based modes.

◾Battle it out in 4 different interactive environments, with 10 arenas each, featuring unique environmental hazards and mechanics.

◾Pick up randomly dropped tarot cards that can either bring you good luck to you or your team in the form of a temporary power-up, or can curse your opponents, giving you a competitive edge.

◾Deflect bullets back at your opponent with your shield.

◾Dash across the arena to make a quick escape or a trail blazing kill.

◾Soul Reaping, where each player fights to increase their pool of souls by draining other players of theirs.

◾Team Soul Reaping, where each team shares the same pool of souls.

◾Capture the Soul, a variant on classic capture the flag where players fight for control of the single soul in order to capture it.

◾Last Soul Standing, where players have only one life and fight in round based combat.

◾King of the Soul, where you fight to maintain control of the single soul, earning a point for every 5 straight seconds you have control.

◾Team King of the Soul.

◾Square off in the abstract and bizarre caves of Hell, using portals to traverse levels while avoiding lava pits.

◾Showdown on the rooftops and streets of a mega city, avoiding long drops and managing moving platforms.

◾Confess your sins, then commit a bunch more, before the church altar.

Singleplayer & Local Co-op Enemy Wave Mode
◾Fend off the Nephilim army and prevent the end of times in a 1-2 player enemy wave mode.

◾Face off against 6 different types of enemies.

◾Unlock new arenas and fight your way to a Nephilim itself for an epic boss battle.