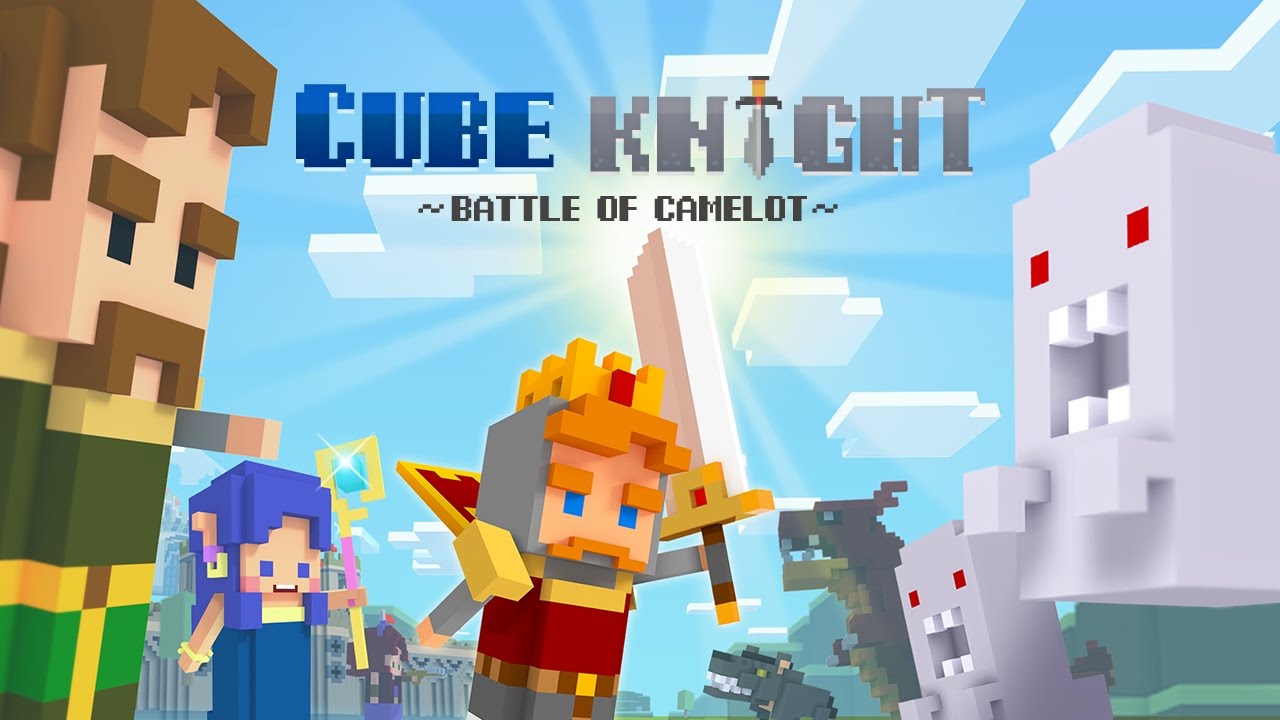 Step into a colorful Arthurian world to become a true hero of the Round Table… Bluehole, developer of the popular MMORPG, TERA, today announced it has launched Cube Knight, a medieval-themed shoot ‘em up game with cartoony 3D voxel graphics, on the App Store and Google Play. In the single player game, players take on roles as Knights of the Round Table, magicians or archers in action-adventure battles with an RPG-style progression system.

In Cube Knight, the Grail has been found in King Arthur’s kingdom, but the king and all his companions such as Lancelot and Galahad are all too busy—so Queen Guinevere undertakes the search herself! Starting as Guinevere, players will battle cartoon monsters in survival waves, using dual joystick-style controls to maneuver and fire from a top-down perspective. All weapons, even melee weapons such as swords, fire or swing automatically, so players need only aim in the right direction to launch attacks on their enemies.

Game levels have multiple waves of enemies, followed by a boss that must be defeated within a time limit. Each time they level up, players can enhance their abilities by choosing from several random powers granted via a card-based leveling system. As players progress, they can unlock and purchase more characters such as King Arthur, Lancelot or even Morgan le Fay. Each character can be tested out in a battle arena before purchase to ensure they suit the player’s style.

Players can also build up the kingdom of Camelot and empower their characters by unlocking buildings such as a Weapons Shop that can be used to obtain and upgrade weapons. Buildings are unlocked by completing specific level challenges, adding a secondary progression element to the game.

When players feel confident in mastering the skills and mechanics in Cube Knight, they can challenge themselves in Colosseum mode, which is unlocked upon completing Kingdom level 5. Colosseum mode opens up a whole new level of challenges after building the Colosseum as skills will ultimately be tested with infinite waves from eight respawn locations, which must be completed within 60 minutes. To earn more medal drops that can be used to buy resources in the Colosseum shop, players can upgrade their Colosseum to levels 7 – 9 or opt for level 10 to fight stronger enemies that spawn in Colosseum mode.