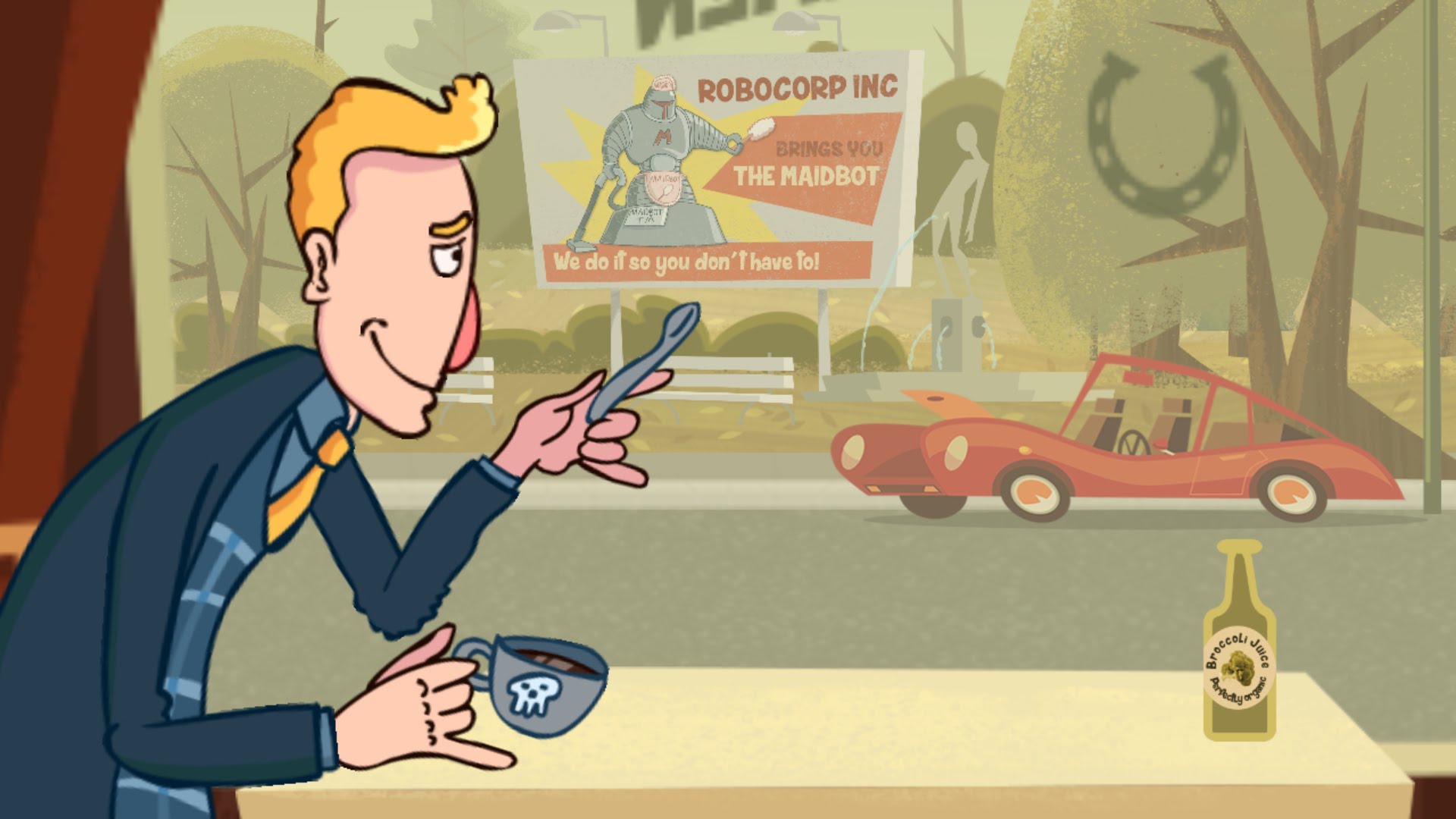 Samuel is just an ordinary guy. He has a job, a girlfriend, his health – nothing at all to complain about. Until, that is, he is knocked over and killed, at which point things become a little more complicated.

You see, far from that being the end of the story – it’s literally the beginning, as Xbox One, PlayStation and PC owners will soon find out, thanks to Perfectly ParaNormal’s brilliant new dexterity-based adventure game, due to be published by Curve Digital this summer.

Following a meeting with Death Himself, Sam is offered a deal: live for 24 hours manually, or have his soul tortured in hell for all eternity. How could he possibly refuse?

Manual Samuel is the story of those 24 hours, with players assuming control of the titular hero has he attempts to navigate his normal life performing everything manually. Breathe in, breath out, move left leg, right leg, blink, work, kiss, even piss… all of Sam’s bodily functions are controlled by the player.

It’s a brilliant premise, created with love, flair and a gleeful sense of humour which combines scripted events with emergent gameplay to create an adventure unlike any other. The tasks Sam must perform to get through his day may be mundane – but operating everything manually takes real skill, and the situations players will find themselves in will differ hugely.

“I fell in love with Manual Samuel the moment I saw it,” says Simon Byron, publishing director, Curve Digital. “It’s almost as much fun to watch as it is to play, brimming with unique touches, gleeful one-liners, hysterical set pieces and even song and dance numbers. I’ve not seen a game so happy to go out of its way to set up a joke – honestly, it’s impossible to play without laughing.”

Perfectly ParaNormal is a small game and animation studio based in Hamar, Norway, that focuses on comedy and characters, formed with the aim of proving that 2D animation isn’t dead. Manuel Samuel is the company’s first game.

“We’ve been really impressed with the enthusiasm for Manual Samuel that the team at Curve has shown,” adds Ozan Drøsdal, writer, Perfectly ParaNormal. “Curve’s support has enabled us to focus on creating a game that we wanted to make – and we’re excited to see the reaction to Samuel and his manual adventures once the game releases this summer. One thing is for sure – we’re all in deep faeces.”

Manual Samuel will be published by Curve Digital for PC and consoles this summer.