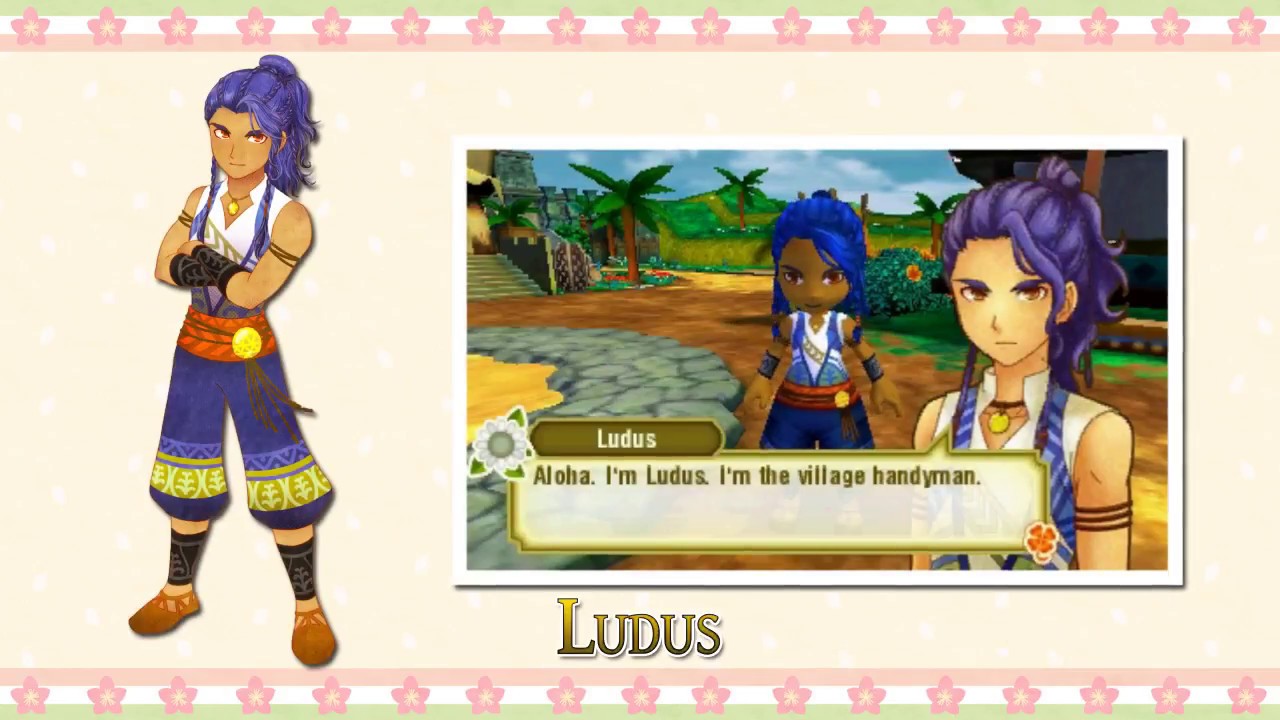 XSEED Games, the independent-minded console publishing brand of Marvelous USA, Inc., today announced details on the five eligible bachelors players can court in STORY OF SEASONS: Trio of Towns, the 20th anniversary entry in the farming-sim franchise. The venerable in-game capybara pet “Capy-san” returned to introduce the bachelors in the new video about the romance options in the trio of towns as the game nears its February 28th launch on the Nintendo 3DSTM family of systems. Due to high demand, fans of Capy-san who preorder the game at participating retailers will receive their very own capybara ‘pocket plushie’ while supplies last.

Capy-san, the in-game capybara pet and pocket plushie, had this to say:
In Tsuyukusa, couples exchange chocolate on Valentine’s Day, and my heart filled with joy seeing all the lovebirds celebrating this week. At the same time, I was also very sad there were still young people who have not found their mate. Hinata, the bachelor who works at the wholesale store, told me he’s still waiting for the right person to come along. Love doesn’t always come quickly to all, but when it does, it’s the most wonderful gift in life!

Meet the Bachelors
By day, Hinata uses his gift of the gab to sell items in a Tsuyukusa shop, but in his spare time he gets closer to his dream of becoming the star player in an acting troupe. Making accessories in his grandparents’ workshop in South Tsuyukusa, Yuzuki always has two things on his mind; his next design and his next dessert. Ford has found his life’s calling as Westown’s doctor, but he’s so high-strung. Hopefully someone will come along and teach him how to relax. Ford’s best friend, Wayne, is the town postman. He was nervous about moving to the countryside, but the fresh food, air, and friendly folks have won him over. Offering various services in his shop, Ludus is a “jack of all trades,” the village handyman who helps residents of Lulukoko Village with everything from construction to tailoring.

Developed in Japan by Marvelous Inc., STORY OF SEASONS: Trio of Towns will be released in North America on February 28, 2017 by XSEED Games, exclusively for Nintendo 3DS. The game will be available in physical format at participating retailers and digitally in the Nintendo eShop for $39.99. This game has been rated “E10+” for Everyone ages 10 and up by the ESRB with the descriptors Comic Mischief, Suggestive Themes and Use of Alcohol.