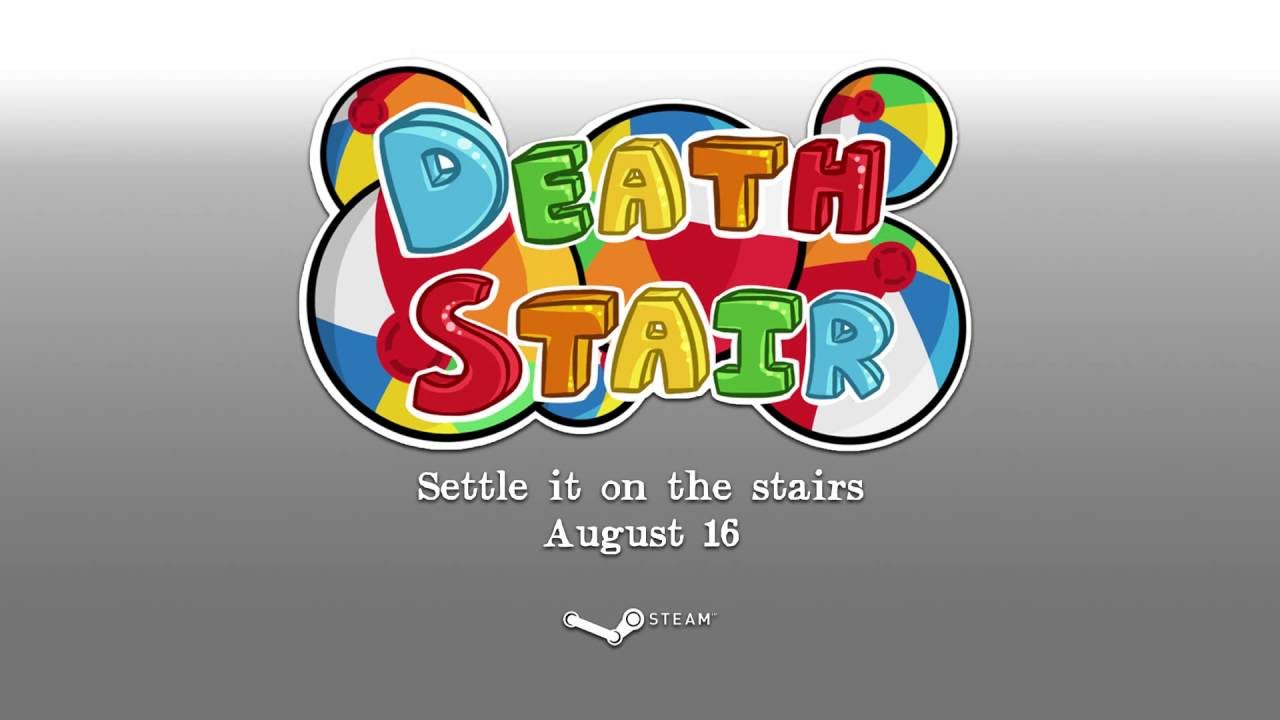 Hate Your Friends with this 3v1 Party Game

Death Stair, the world’s greatest competitive multiplayer stair climbing game, announced its imminent release on August 16th, 2016 on Steam (PC), with console releases on PlayStation 4 and Xbox One to follow.

In Death Stair, up to three people race to the finish while the fourth, armed to the teeth with an arsenal of beach balls, exploding mines, and other unconventional ammo, does everything to stop them. Death Stair takes competitive multiplayer to new extremes with ridiculous ragdoll physics and ludicrous 3v1 asymmetrical gameplay! Will you hate the player or hate the game in this chaotic ordeal designed to make friends into enemies?

FEATURES
•Dig your elbows in with up to 4 player split screen
•Full online support means you can destroy your long distance relationships too
•A combination of 1st and 3rd person Action
•Exact revenge on your friends in a new way every match with our All-New Party Mode with more than 200 Million possible match outcomes!
•Take to the stairs or to the skies in a variety of detailed environments
•Full controller support for that classic party game feeling
•Original Soundtrack composed the legendary Matthew A.C Cohen