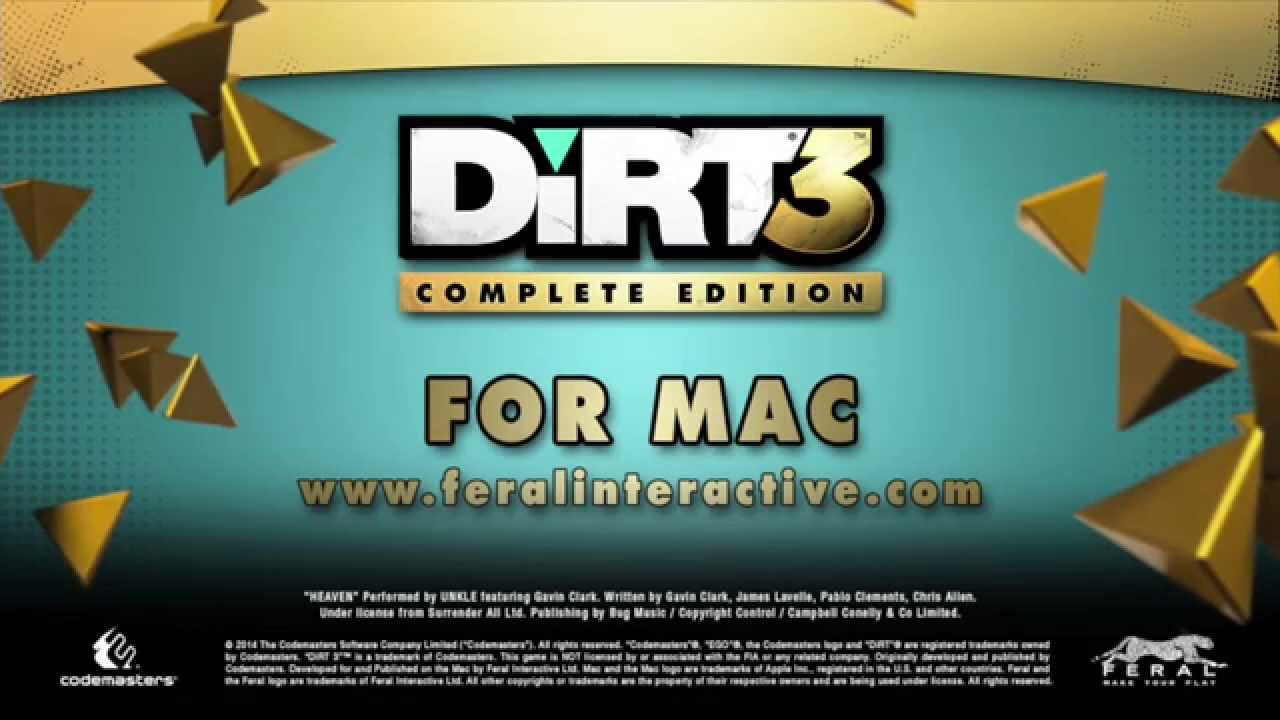 Feral Interactive today announced that DiRT® 3™ Complete Edition, the definitive version of the award-winning off-road and rally racing game DiRT 3™, is out now on the Mac App Store. A Steam version for the Mac, which includes online multiplayer, will follow shortly. Originally developed and published for PC and consoles, DiRT 3 Complete Edition is the latest of Codemasters’ world-renowned racing games to be brought to the Mac by Feral, following the success of GRID 2™ and F1™ 2013.

DiRT 3 Complete Edition draws on the greatest cars from over 50 years of rallying to capture the intense thrill of off-road racing. Players can test their speed, skill and nerve in a globe-trotting series of electrifying events as they race to mud-spattered glory in the hazardous world of all-terrain motorsport.

The Steam version of DiRT 3 Complete Edition will also offer Mac vs PC online multiplayer for up to eight players, featuring multiplayer versions of all race modes and open-stage party games.

On the Mac App Store, DiRT 3 Complete Edition retails for US $29.99 in North America, £22.99 (inc. VAT) in the UK and €29.99 (inc.VAT) throughout Europe. Prices will vary slightly for versions of the game sold via other stores. A minisite dedicated to the game is available now at http://www.feralinteractive.com/en/mac-games/dirt3/ and a trailer can be found at https://www.youtube.com/watch?v=ugnzfvJ_bAo