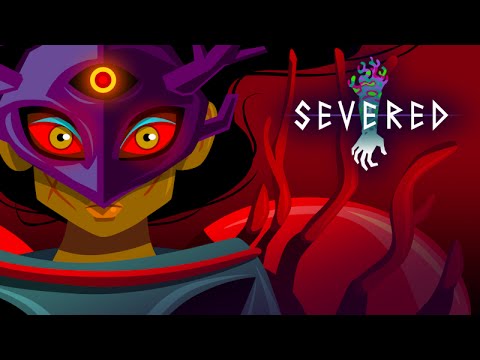 PlayStation®Vita gamers now have a new reason to pick up the handheld device as independent video game developer DrinkBox Studios launches its highly anticipated action fantasy game Severed to the PlayStation®Vita system today for €14.99/£11.99 in Europe and $14.99 in North America. Featuring a colourful world, psychedelic monsters, exploding heads, severed limbs and a one-armed heroine, Severed will be available for a 10 percent discount for PlayStation® Plus members during its launch week.

In Severed players take control of a one-armed warrior named Sasha, wielding a living sword on her journey through a nightmare world in search of her family. Players use swipe-based touch controls to solve puzzles, find secrets and do battle with a host of disturbing monsters, including giant floating skull wizards and beasts made of crows. During the journey, players unlock new abilities, ascend an RPG-style upgrade tree and uncover the mysteries of the dark fantasy universe Sasha finds herself in.

“For the past two years Severed has been one of the most anticipated games coming to the PS Vita and we feel fans will find the game’s colourful and strange world well worth the wait,” said Graham Smith, Co-Founder of DrinkBox Studios. “The Vita’s touchscreen capabilities allowed us to experiment with the game’s combat, which Vita gamers will find fresh and invigorating, and the gorgeous art will enthral players into exploring every ruined village and forest.”