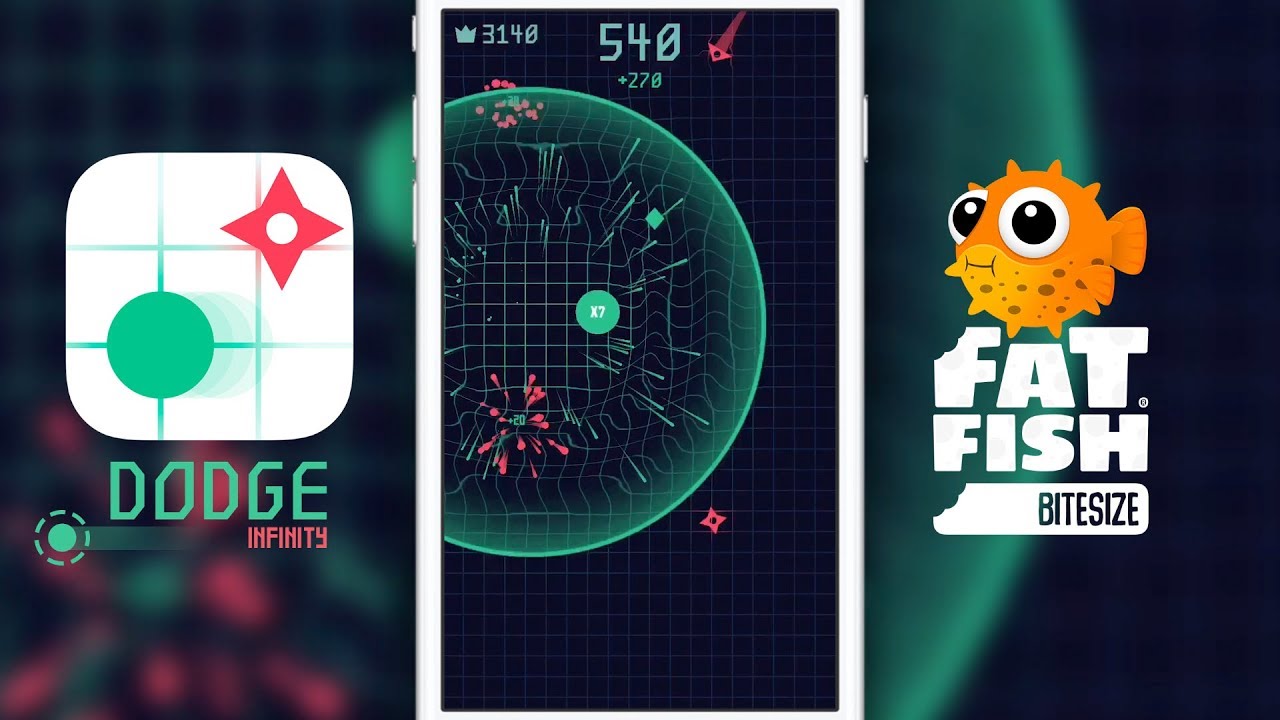 “The launch of Dodge Infinity on the Apple App Store has been greatly received. Our latest game made it on to Apple’s ‘New Games We Love’ hotlist last week, alongside our other Bitesize release, Slicer” says Anthony Barker, Creative Director at Fat Fish Games.

“We have been inundated with requests to bring Dodge Infinity to Android, and after the success on the Apple App Store, it was a no brainer. We can’t wait to get Dodge Infinity into the hands of Android gamers around the world.” says Anthony.

Dodge the infinite waves of red enemy creatures that enter your world. Collect green gems to increase in size and grow your score multiplier, release your finger to ‘bank’ any points you collect before you grow too big and get hit!