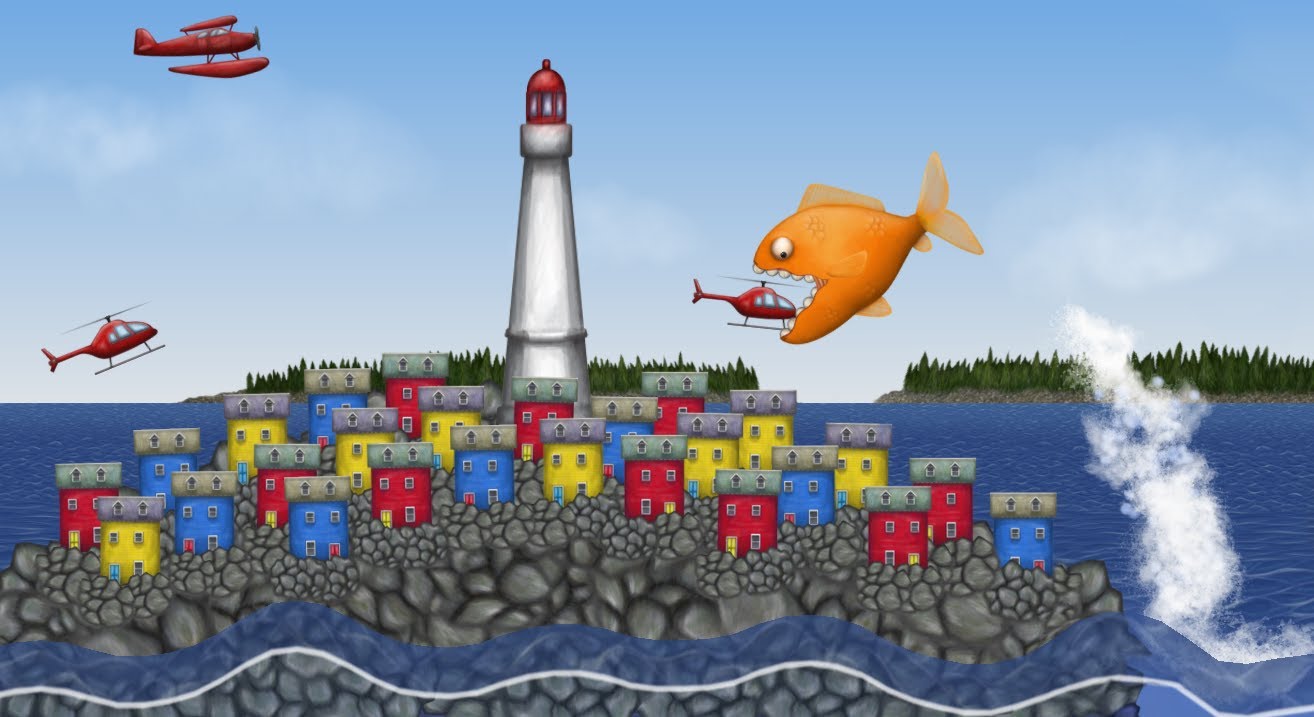 Dingo Games (www.dingogames.com) has released Tasty Blue, a game of aquatic consumption for Mac and Windows. In Tasty Blue players control a goldfish with an insatiable appetite. After being overfed by its owner, the goldfish escapes into the ocean, consuming increasingly large prey. The more it eats, the bigger it gets. The goldfish eventually gets so big that it eats full sized submarines and aircraft carriers.

In addition to the goldfish, players will also take control of a hungry dolphin and a ravenous shark. The dolphin starts off as an overworked aquarium star, forced to jump through flaming hoops for food. He escapes from captivity by eating his way through the aquarium and taking revenge on his trainer. The shark is the final playable character, an artificial fish created by scientists to save Earth’s oceans. Will the shark save the earth, or cause its destruction?

Tasty Blue features over 70 levels spread across three different environments: temperate, tropical, and arctic. There is a two-player cooperative mode that allows players to share a single computer and play the game together (split screen or full screen).

Tasty Blue is available for Windows and Mac right now. The game will be released for iPhone and iPad on June 19th.