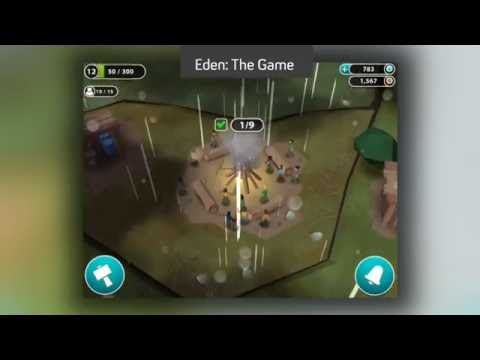 What if we could start again? Soon, everyone can find out for themselves in the official gaming app of the series, where players are responsible for their own virtual community. The game, which will be released this Thursday 21st July will be available to download for free for phones and tablets from the App Store, the Google Play store and Amazon AppStore. Keep the campfire burning brightly to keep the community’s morale up!

Players must build and grow a camp for their community in a digital representation of the same remote area as the series is set, sourcing the materials needed to expand the camp, prioritising which buildings to construct next, and finding where the next community meal is coming from.

The camp can be expanded and customised to make it feels as homely as possible for the community, and players must tend to the camp animals, and manage the community’s supplies, in order to help the camp survive the harsh Scottish weather and ultimately attract new members of the community to help it thrive.

Colin Macdonald, Commissioning Editor for Games at Channel 4 and Head of All 4 Games, said “Eden is such an ambitious and iconic undertaking for the channel, it was an obvious choice for a game to enable viewers to enjoy their own Eden in between episodes of the show. I’ve been hugely impressed with the diligence and flexibility that developer Strawdog Studios have displayed during the development process. Eden is a testiment to their hard work I look forward to hearing what directions everyone takes their own Eden community in!”

The Eden game has been created for Channel 4 by Derby based developer Strawdog, a BAFTA and Develop award nominated independent game developer of fun social and mobile games.

The game is available for download from the App Store, the Google Play store and Amazon Appstore from Thursday the 21st July.