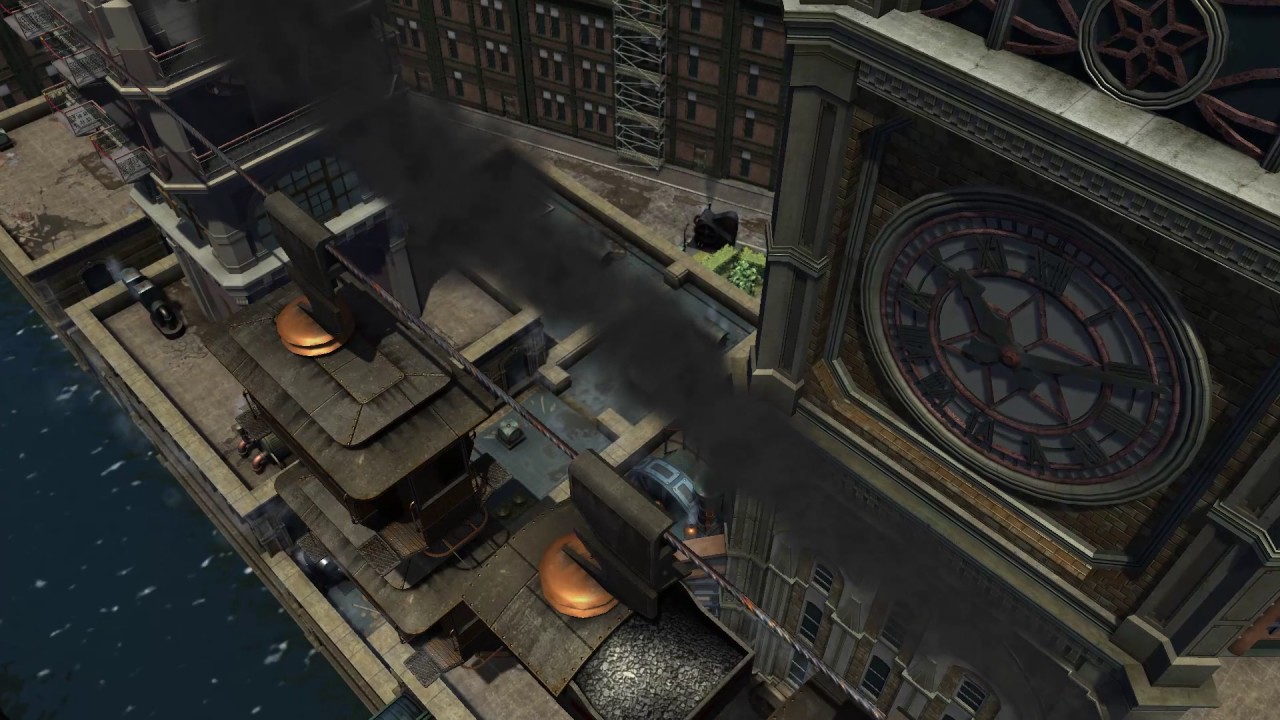 Coin Operated Games announces today that its upcoming Neo-Victorian RPG Empyre: Lords of the Sea Gates, will be coming to Steam players this fall.  Currently in development by a team of industry veterans from such influential companies as Crytek, Codemasters, Gameloft and Creative Assembly, Empyre: Lords of the Sea Gates is a top-down isometric RPG that takes place in a Neo-Victorian New York circa 1911.

… water is everywhere but none of it to drink…

Featuring a top-down isometric presentation, Empyre: Lords of the Sea Gates will rekindle old-school PC RPG fans with feelings of some of the classic story driven RPGs of the 90s. While the combat should feel familiar to veteran players, there’s a new twist in that the game uses a hybrid Real Time/Turn-based System. Players can enter a “Planning Mode” where they choose actions for each character in their party while combat is paused, and when entering into the “Action Mode” all characters will perform simultaneously, giving players complete control over their party while presenting a streamlined combat system that eliminates waiting for each character to act in sequence.

Empyre: Lords of the Sea Gates is the story of an alternate New York in which the entire city is flooded by rising oceans and the citizens must learn to live in a new reality where there is water everywhere, but none of it possible to drink. The player must make their way in search of a fresh water supply source, picking up companions along the journey. But the trip won’t be easy, as there are many threats both human and inhuman that players will encounter.

“One of the things we strove for when designing Empyre is authenticity during an ‘Age of Technical Wonder’ in the United States, the Gilded Age,” said John Randall, Creative Director of Empyre. “For example, the New York City we all know is the city in this game, and history buffs will recognize many iconic locations that existed in the city during the 1910s, but with a unique, waterlogged twist. People and society exist and act as they did in the early 20th Century. We feel this level of detail will give players a one-of-a-kind experience that they haven’t seen anywhere before.”

Empyre:  Lords of the Sea Gates pays homage to historic accounts by adding authentic items such as patent medicines including poisons or tonics made from dangerous ingredients. Many of the games’ objectives and side quests will tie directly into the experiences that someone in the 19th century would have. The game’s authenticity reflects scenes from New York during the 1900s, while tying the storyline to current day themes such as global warming and the rising of the oceans.

Currently in development by Coin Operated Games, Empyre: Lords of the Sea Gates will be available via Steam this fall.