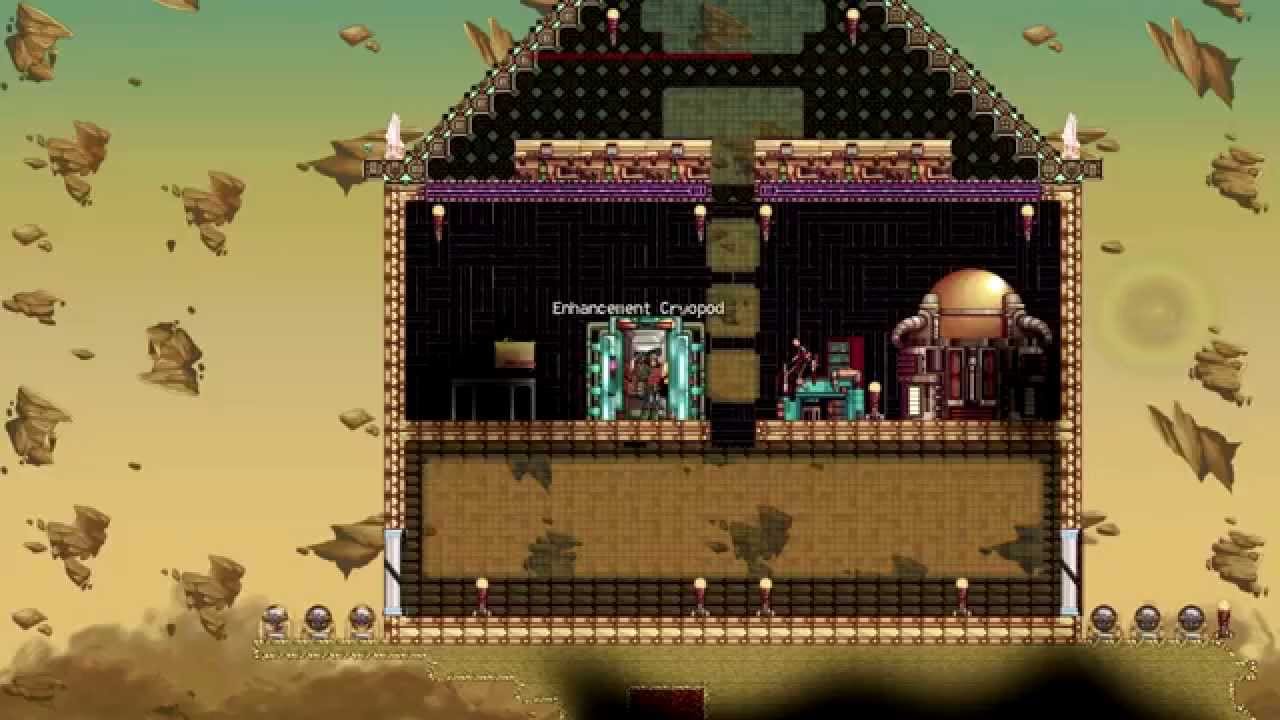 Hazardous adventures await the bold and well-equipped! Indie game developer Handyman Studios and Reverb Triple XP today launched the 2D sandbox, never-ending, sci-fi survival game Edge of Space on Steam. Deployed to the outer regions of the universe, Ark Corporation Operatives crash-land their shuttle onto a desolate planet that must be terraformed to survive. The adventure begins as players encounter a wild menagerie of creatures like Laser Space Sharks, creating bases with friends, and battling the elements to survive.

During its 27 months in Steam’s Early Access platform, the development team gathered and incorporated an enormous amount of feedback from the community that has helped shape the game and, to celebrate its their enduring support, Edge of Space is 27% off for a limited time launch price ($10.94).

“Throughout our development journey we’ve listened to all feedback good and bad, argued on different directions, made changes to changes, and done our best to push the ultimate space exploration experience,” said Jacob Crane, lead designer and co-founder of Handyman Studios. ”We utilized Steam Early Access the way it was intended and now you can expect a massive roadmap of content to continue expanding the Edge of Space universe including some pretty rad Terraria cross-content.”

The Nautilus Sword is powerful. You can also hear the sea if you put it to your ear.

Edge of Space game features include:
•Open-World: Explore an open and dynamically-generated world through multiple biomes to find valuable resources that will aid players in the ultimate goal of terraforming the planet and take control of the world
•Wild Creatures: Encounter a cavalcade of truly insane creatures (Artillabears, Jetpack Space Penguins, Laser Space Sharks, Headcrabs, and much more) that will do everything to stop you, including learning from your gameplay style and exploiting your weaknesses
•Online Co-op Multiplayer: Designed with online multiplayer in mind, tackle perilous enemies together with friends and use team-based tactics to contend with unexpected world occurrences including monster nests, objective-based events, and more
•Operations Base: Create a base from the ground up customized with command centers, shield generators, defensive turrets, hangers repair drones, powered work benches, and much more
•Terraria Content: Includes cross-content from the hit indie game Terraria including the Omegatron boss, Molten Armor and Eater of the World’s pet, with continual support post-launch updates
•Craft: Devise your own personal arsenal of weaponry, ranging from guided rocket launchers, laser beam cannons, blazing swords, and axes while discovering native technology and advanced weaponry to add to your creations◦​Fabricate your own armor, ranging from stat-boosting battle gear to quirky vanity costumes; pick and choose and craft the best sets to survive the changing environmental conditions and threatening mutated monsters

•Pets: Create and collect your very own pets – from the bright Fire Fox, the item-finding Gopher, and even a floating Brain – that will assist you in a variety ways on your epic exploration of space by granting defensive, offensive, or exploration perks
•Vehicles: A wide array of transportation to pilot and fight from, including the Juggernaut (multi-person transport with automated guns), the Overlord (deploys drones), the Prospector (mines for goodies while you travel), the powerful Battle Mech (pew, pew, pew!) and even rideable laser sharks
For news on the massive variety of content upcoming to Edge of Space, please visit the game’s official Website, playedgeofspace.com