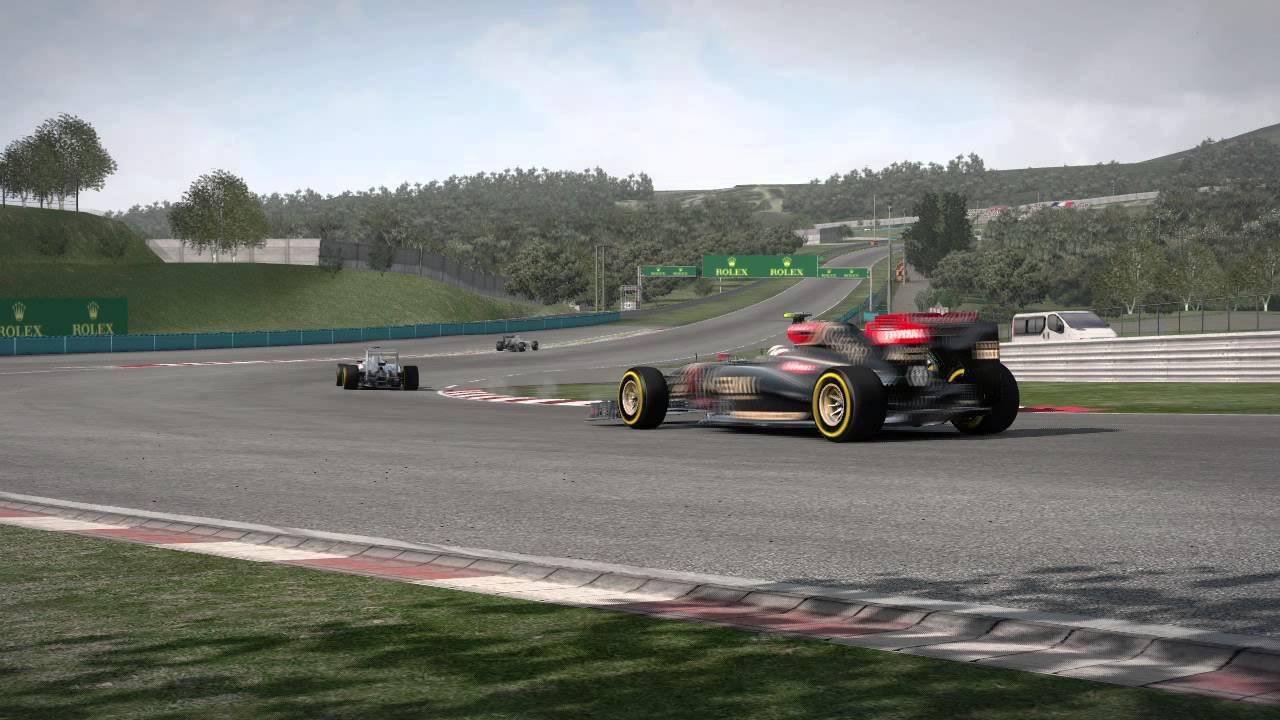 The 2014 FORMULA ONE™ season has been one of the most exciting seasons in years, with stunning new cars, new rules, new circuits and new challengers up and down the grid – and players can experience it all as F1 2014 races into stores today. Gamers can see Codemasters’ stunning recreation of this year’s season in the launch video now playing at https://www.youtube.com/watch?v=7EtR8ECdY1U
or www.youtube.com/formula1game

F1 2014 takes players closer to the experience of racing this year’s dramatically different cars. A new driver evaluation system and re-graded difficulty settings makes F1 2014 the most accessible video game in the series, and players of all abilities will be able to feel how this new generation of FORMULA ONE cars handle.

F1 2014 includes all the seismic rule changes, aerodynamics, driver changes, new tracks and more which have combined to deliver an unforgettable FORMULA ONE season. F1 2014 also includes the return of Hockenheim to the calendar, and players can experience the BAHRAIN GRAND PRIX™ run as a night race for the first time and race new circuits in Russia and Austria.

As the season approaches one of the most exciting conclusions years, fans can keep up with all the news on the sport and the games by heading to Codemasters F1 games blog and social channels on Twitter and Facebook for updates.
•PRODUCT INFORMATION #

The 2014 FORMULA ONE season has seen the most seismic rule changes in the sport’s 60 year history, including new turbocharged power units and new aerodynamics, which combine to place more emphasis on racing skill and control in cars with more explosive power delivery but less downforce than previous seasons. All but two teams have changed their driver line-ups and new circuits have been added to the roster. Players will experience how 2014’s radically different new cars feel to drive and how race strategy has changed as the season, cars, circuits and teams are authentically recreated.

F1 2014 also delivers a range of new gameplay modes and enhancements to create the most accessible FORMULA 1 video game from Codemasters® to date. A new driver evaluation system quickly identifies a gamer’s ability and tunes game settings to an appropriate level, whilst re-graded difficulty settings enable players to compete at incrementally higher levels as they become more experienced. The new Very Easy difficulty level is the most accessible yet for new players and a range of shorter game modes and career options cater for absolute novices who simply want a fun and quick race.

At the other end of the spectrum, experienced gamers who enjoy a more serious simulation of the demands placed upon FORMULA ONE drivers can customise their settings to provide a true challenge. Expanded game modes, new career options and multiplayer modes extended by RaceNet further enhance F1 2014’s recreation of the world of FORMULA ONE for long-established fans and newcomers to the series.

F1 2014 includes the full FORMULA ONE circuit roster, including the new 2014 FORMULA 1 RUSSIAN GRAND PRIX set to be held at the stunning Sochi Autodrom, and the return of Austria’s Spielberg circuit which brings a classic track with dramatic changes in elevation back to top level motorsport after over a decade’s absence. This season also sees the return of the famous driver’s favourite Hockenheimring to the calendar, and players will also experience THE BAHRAIN GRAND PRIX which was held as a night race for the first time in 2014, including its full day to night transition.

The introduction of turbochargers to the cars this year has increased both overtaking opportunities and the demands placed on drivers, as huge amounts of torque are unleashed under acceleration from these entirely new power units. The turbochargers require greater throttle control than before and F1 2014 players will experience the dramatic effect in handling the world’s most advanced racing cars.