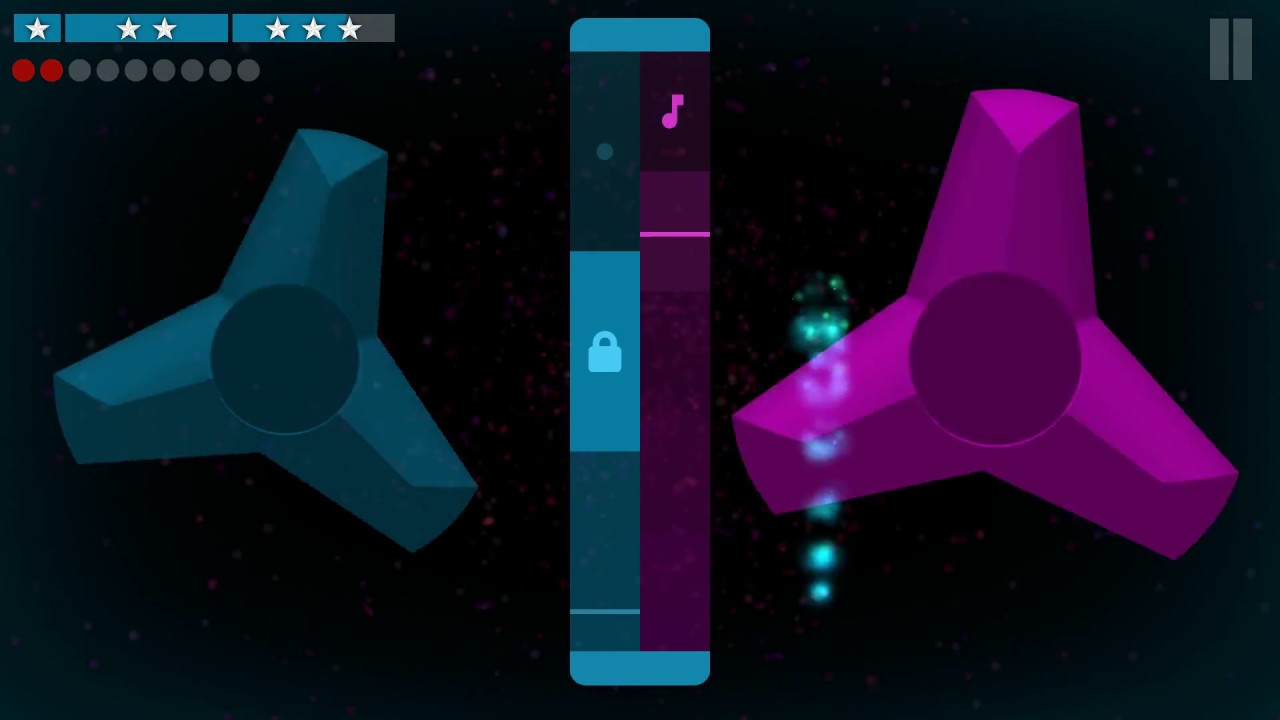 Can you control 2 fidget spinners at the same time? We bet your kids can! Spin each at different speeds to generate beautiful ambient music and feel the vibrations in your hand.

Based on the gorgeous “Finger Hoola” (8/10 Eurogamer.net) the new “Fidget Spinner: The Music Game” is a reimagined new version with fresh graphics, accelerometer-based 3d effects and a retro space style guaranteed to unwind your mind.

Plant Pot company founder Ian Masters said “We’re very proud of what we achieved with Finger Hoola but always wanted to bring that premium game experience to a wider audience. Fidget spinners seemed the perfect fit and though initially apprehensive we believe we’ve improved on the game in every way, from graphics to gameplay.”.

The game includes 4 worlds of levels and 32 spinner designs: many classic ones but also original designs that wouldn’t be possible in real life.

Speaking about the game design, programmer Alan Thomson said “When you try to reproduce such a tactile toy as a fidget spinner in a touchscreen game it’s all about what feels good, not necessarily what’s most realistic. The vibration feedback for example would be terrible in the toy but feels great in the game.”

Adding to the unique gameplay is the stunning audio from Earcom founder Paul Weir – best known for No Man’s Sky, Lego Cities, Thief, Lego Batman (and many more). In the game Paul has created a unique audio soundscape that sounds great no matter how the player interacts with it.

Developed in Corona for mobile, the game is OUT NOW on Google Play and launching soon on the iOS App Store and Amazon Appstore.