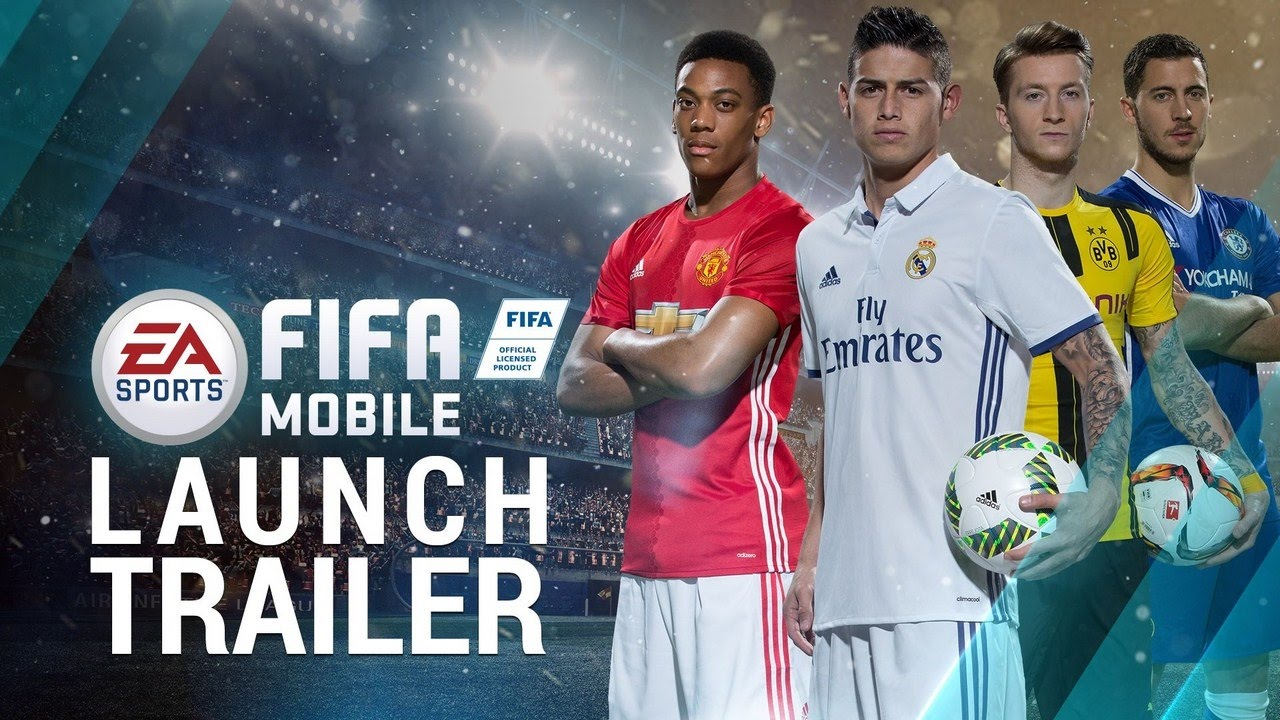 All-New Football Game for Phones and Tablets Arrives Today On the App Store, Google Play, and the Windows 10 Store

Electronic Arts Inc. (NASDAQ: EA) today announced EA SPORTS™ FIFA Mobile is available worldwide* as a free download on the  App StoreSM, Google PlayTM, and Windows 10 Store. FIFA Mobile is made for players looking for a quick, fun, accessible football game, while still offering the depth of modes and presentation synonymous with the EA SPORTS FIFA franchise. Players can compete with their favorite stars, leagues and clubs in an unrivaled authentic football experience. Featuring new, platform exclusive ways to play like Attack Mode, daily events based on stories and matches happening around the globe, and an innovative approach to squad building, FIFA Mobile delivers a fresh approach to football on mobile.

“When developing FIFA Mobile, we focused on giving players the most exciting parts of football in quick and fun bursts while prioritizing gameplay and engaging, new ways to play FIFA on-the-go,” said Todd Batty, Senior Producer. “This meant building a game that was optimized for the mobile player resulting in a fun and social game that loads quickly, runs smoothly on a wider range of devices, and has a small download size relative to the depth of features and content in the game.”

Attack Mode is a new way to play EA SPORTS FIFA on mobile, and it’s all about scoring goals. In this action-packed, turn-based mode with quick matches, players attempt to capitalize on as many attacking scenarios as possible, and then ‘pass’ the action to their opponent to do the same. Every goal scored earns in-game Fans which help players climb Divisions.

FIFA Mobile introduces Leagues, where players can create a league with friends or join an existing league of up to 32 players from around the world to compete and climb leaderboards. Players can earn cooperative league achievements, compete for bragging rights in inter-league championships, and challenge other Leagues in Tournaments.

For mobile players interested in crafting squads, Plans is a system to remove unwanted items by assembling them to earn new or better ones in the form of in-game rewards. Plans encourages players to build a bigger and deeper club, while offering a simplified method to help unlock valuable items in the game.

Complementing all of the new ways to play are fully-hybrid, gesture and touch controls which give advanced players more strategic options, while keeping gameplay simple and fun for everyone.

FIFA Mobile operates as a Live Service, delivering fresh, authentic daily content and challenges based on real world stories and matches. If it happens in the real world of football, players might experience it in FIFA Mobile via Live Events, new Plans, or by finding new content available in Packs.

FIFA Mobile supports a wide range of devices, is playable in 19 different languages, and has an install size under 100 MB – big enough to host more than 30 leagues, 16,000 footballers, and 650 clubs.