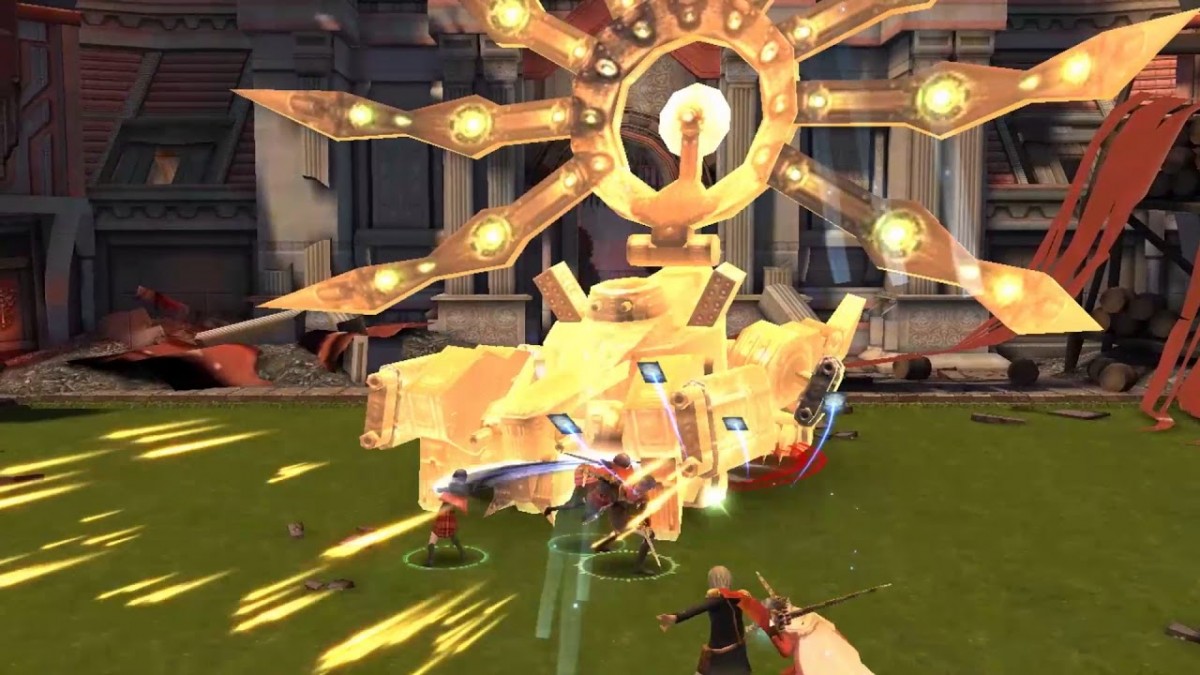 Final Fantasy Awakening, the game produced based on the Final Fantasy Type-0 worldview, launched for iOS. The game, which has been out for two weeks on Android, has already reached an incredible 137,000 downloads.

Final Fantasy: Awakening, which is officially authorized by SQUARE ENIX, has been produced with a lot of high-quality work of many talented Japanese voice actors. Final Fantasy: Awakening bases its story and gameplay on the world established in Final Fantasy Type-0, and features the previous game’s 14 classic characters along with well-known story elements, including Eidolon, Moogle, Magitek Armor, and more.

About Final Fantasy: Awakening
If there’s one thing that the Final Fantasy series is known for, it’s stunning graphics, rendered in high definition so that players can see each and every detail. Final Fantasy: Awakening is no exception. The game recreates the beautiful Japanese academy style, and includes more than 200 CG animated cut scenes, along with other battles and tasks, and each character’s growth to form an enthralling narrative. Players can manipulate the position of their phone screens in order to experience stunning 360-degree views of the characters and environments-down to the patterns of the columns and railings at the college entrance. Final Fantasy: Awakening uses a brand-new physical engine and motion capture technology to simulate a real sense of combat and pursue the exquisite detail. Players can experience the thrill of an immersive battle via character moves like hit feedback, death burst, and more. Each detail of the game has been added with care, allowing players to immerse themselves in a movie-quality visual feast.

In addition to the consistently high quality of the Final Fantasy series, Final Fantasy: Awakening also offers a rich selection of gameplay options for players of all tastes. Players who like a solo campaign that follows the ups and downs of the main story can enjoy riding through the entire land of Orience.

Players who prefer to compete against real people can battle it out in Arena PvP. The ranking will show who’s the real winner. Players must use strategy to defeat their opponents-by carefully considering each character’s specific strengths and weaknesses, rationally use of the added effect that the hero destiny will bring, wisely arranged combat formation,so they can compete for higher rankings and lucrative rewards. Rewards include gold coins, diamonds, rare outfits, and prestige, which can be used to purchase weapons, accessories, and advanced materials in the arena store. These items will enhance characters’ powers and give players a solid foundation for their next battles.

Of course, players don’t just have to fight each other. The real-time team up game mode made fighting together with others possible. Players can team up in real time with friends who’re also online or players who have similar strength, ally with each other to defeat difficult enemies.Under this mode, simply use the automatic combat mode will not be that helpful anymore, such as the Lava Dragon Nest challenge — If the characters accidentally follow the monster and step into the magma, they will be seriously wounded and even die quicker. At this moment, the cooperation with each other is particularly important, running around to lead the monster, using a powerful attack, only the team’s wisdom together can end the war. Besides experiencing the fun of collaborative strategy, this game mode is an important source to collect the essential material to upgrade the Ediolon – the Ediolon power. This is an unstoppable temptation!

More innovative gameplay, waiting for players to dive in and explore deeply!

Final Fantasy Awakening features high-speed, action-based combat and requires strategy based on the various moves and fighting styles of each of the original Type-0 fourteen warriors. Furthermore, there are other multiple characters for players to experience. Players can recruit or unlock new characters to add to their teams. By leveling up, players will also be able to claim in-game funds to enhance the skills and equipment of the whole team. The game inherited the original trinity battle form which three players out of the team can cast their ultimate strokes together on the enemy. Based on this, Final Fantasy Awakening extended the diverse 1+2+2 battle form, which players can switch two characters in the team to the rest two in order to cast their final skills. Specific to different battle scenarios and according to the current characters’ skills, players can flexibly adjust the battle formation time by time during battles to achieve the final victory. Players may even summon Eidolons to shift the course of an epic battle.