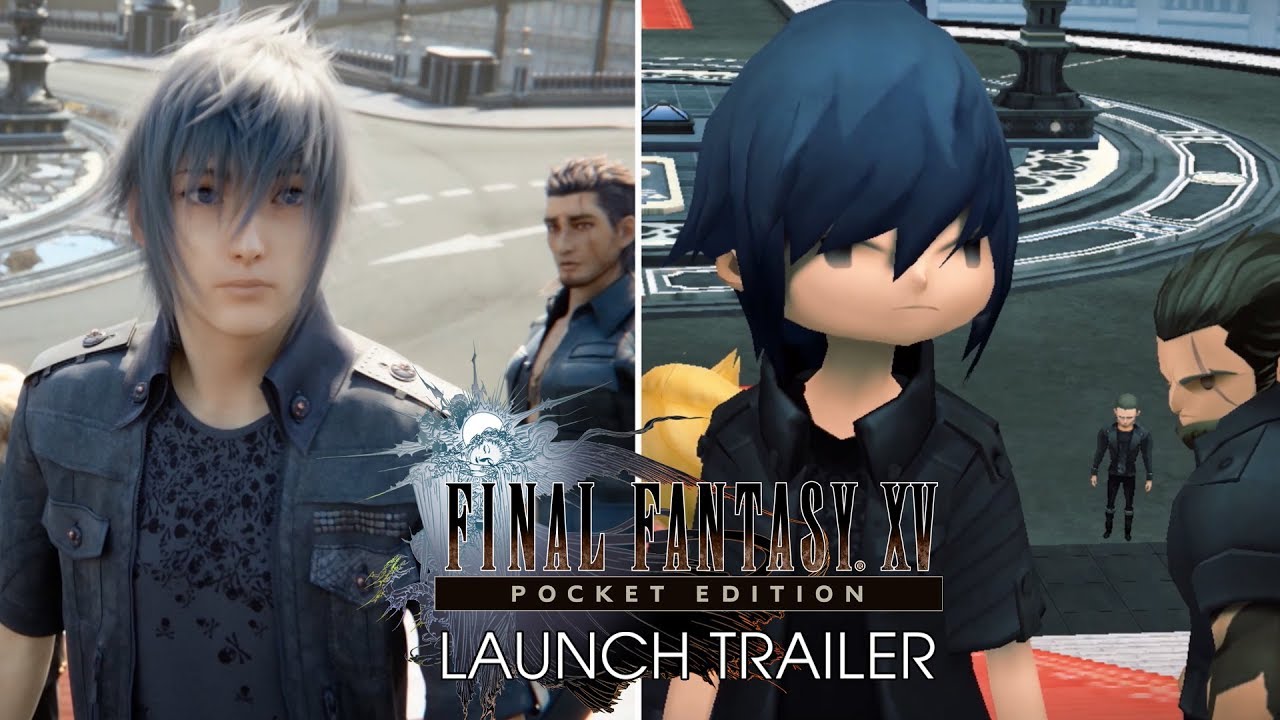 Fans and newcomers can now experience FINAL FANTASY® XV anywhere and anytime with FINAL FANTASY XV POCKET EDITION, available now on the App Store, Google Play Store, and Amazon App Store. With an adorable art style and casual touch controls optimized for mobile devices, the critically acclaimed title is now easier than ever to pick up and play.

Purpose-built for mobile devices, this new title retells the beloved story of crown prince Noctis and his brothers-in-arms, Prompto, Ignis and Gladiolus, across ten thrilling episodes. All ten episodes are available now, with the first episode at no charge. Episodes 2 – 10 are available for purchase individually or as a bundle.

About FINAL FANTASY XV POCKET EDITION
The game centers around Noctis, the crown prince of Lucis, who is set to wed Lady Lunafreya of Tenebrae as a symbol of promised peace between the nations of Lucis and Niflheim. Noctis, however, is unaware of the difficult journey ahead.

This title supports iPhones and iPads running on iOS 11.1 or later, select Android devices running on Android 5.0 or later, as well as Amazon Fire HD 10 (2017). This title is planned for release on Windows 10 devices and tvOS in 2018.