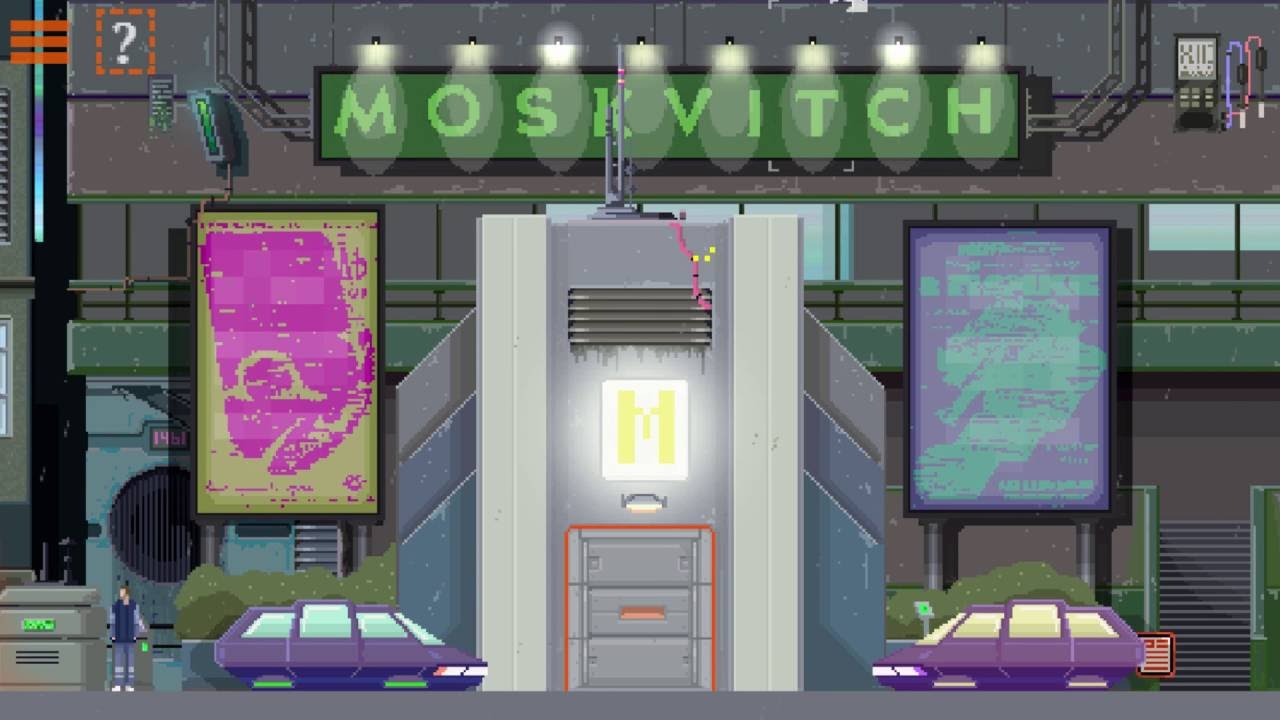 DreamBreak, brought to you by Beatshapers and Digerati, is out now on Steam and GOG for $6.99 with the Soviet Bloc Edition available for $9.99.

About Dreambreak
An authoritarian state pacifying the masses with propaganda.A brutal police force that shoots first then shoots some more. A reluctant hero, plunged into a shadow world of intrigue and hidden agendas.

Depicted in a distinctive Cyrillic pixel art style, the cyberpunk cityscape of Project Dreambreak crackles with tech-noir intrigue and neo-digital deceptions. Using every tool at your disposal help Eugene to unpick the knot of mystery that he has become enmeshed within – your equilibrium will be rocked as you point and click a path through this briar patch of tangled meaning and unexpected quixotic quirks.

Will Eugene make sense of the conundrum that unfolds before him, learn who is an ally or a foe and collect lots of vinyl records for his listening pleasure? He’ll race rapid hover bikes to earn sub-cultural respect, rub shoulders with high society in a post-modern nightclub, hack the brains of pursuing drone cops in thrill-packed chase sequences, strive to survive tense shootouts with merciless law enforcers and enjoy some 8-bit cowboy coin-op action in a dingy dive bar with a broken toilet.

Features
•Multiple Endings
•Unique blend of action and point and click and Russia
•Wacky Russians!
•Get fingered for murder
•Fix a toilet